My grandmother Monette was a woman of many parts: a wit and a wag, a poet and historian, she raised two children who became remarkable people in their own right. She belonged to a generation of women who entered the workplace in time of war, and unlike her mother or daughter she never became a good cook. She along with millions of other women relied more on any given product’s “recommended recipes” than hand-me-downs or innovation. As a result, my Southern Baby-Boomer cuisine—for which, I might add, I barely qualify—is peppered with dishes fabricated in test kitchens. 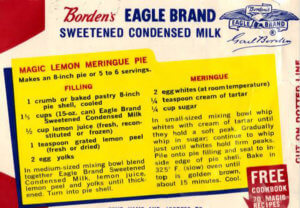 Green bean casserole is the most popular of these concoctions, but there are dozens of others, including lemon icebox pie. Many early recipes include the word “magic”, as if cooling ingredients for preparation were more metaphysical than heating. Ingredients usually include canned milk of some sort, sweetened or not, as well as meringue or whipped cream, either in the filling or lightly-baked as topping. This recipe is from The Country Gourmet, distributed by the Mississippi Animal Rescue League in 1983, which includes a short forward by Eudora Welty ending with the marvelously ambiguous: “Guarding and protecting, trying to save, all life on earth is a need we all alike share.”

Beat six ounces of whipped topping with a thawed can of lemonade concentrate and a can of condensed milk. Pour into a graham cracker pie crust and chill one hour before serving. 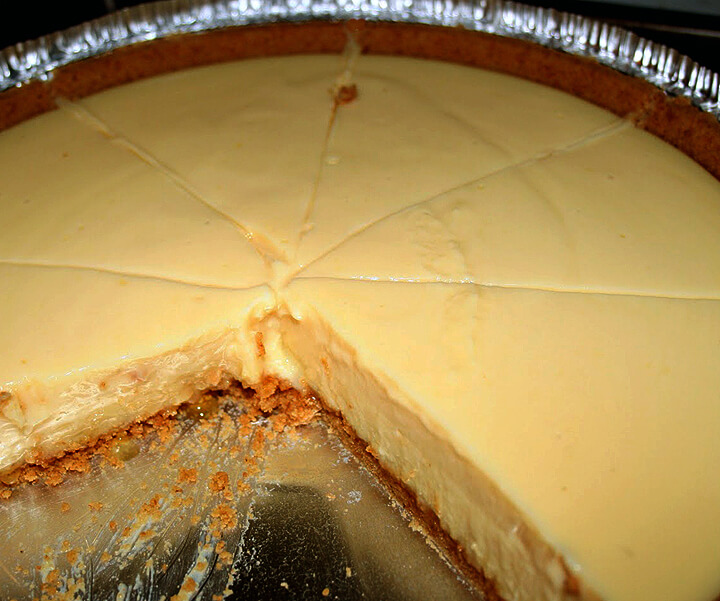