Nan’s one of those people who’ll make you beg for a recipe just because they like the attention (admit it, we all know one). She kept putting me off, saying she did not know where she had it written down when I knew very well she had it in that little Colonel Rebel recipe box she keeps on top of her refrigerator next to the paper towels. But I was patient and persistent, called her up one night and found her in the right mood–likely well into a bottle of that cheap rosé she gets Ricky to buy for her because she thinks people would talk, like anyone cares at all–so she read it to me over the phone, and I could just see her wagging her finger at at me every other sentence.

It took her fifteen minutes, swear to God.

“Dissolve one package yeast in 1/2 cup warm water. When yeast begins to work, add 1/2 cup sugar, another 1 1/2 cup water, 3 tablespoons vegetable oil and 2 teaspoons salt. Blend until sugar is dissolved, add 3 large eggs and beat well. To this mixture, add 2 cups plain flour and blend until smooth. Gradually add enough flour (up to 4 or more cups) and mix well to make soft dough. Cover dough and refrigerate for at least eight hours. When ready to bake, form dough into balls, place in a jelly roll pan or pie plate and let rise until doubled in bulk, about 45 minutes. Preheat oven to 400 degrees, bake for 15-20 minutes until brown. The dough will keep for up to four days covered in the refrigerator.” 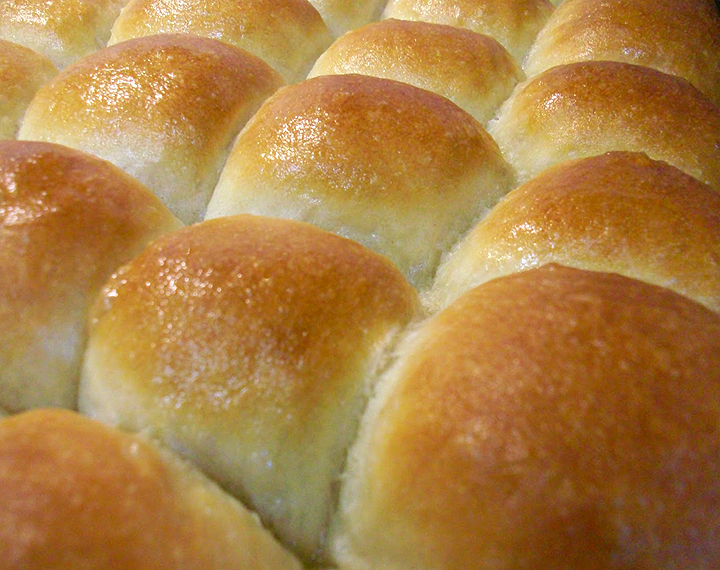