In the summer of 1855, Miss Anna Sheegog died upstairs in the house in which I write. No token of hers remains, not even a hair ribbon; the grief at her passing was eased and forgotten long ago. Yet she is still fooling around up there, after al this time, and no wonder—she was only 16 and not ready to be done with life.

Something is always stirring in old houses, for they murmur in their sleep as people do. So much happens, and none of it wants to leave; it is laid up in the walls, left to leak out now and then when someone is listening. Ghosts, we call it, though it is really only memory. I have listened here—in all weathers, in the bright noon and deep watches of the night—longer than Miss Anna was alive, and I know something of the memory of houses.

This one is called Rowan Oak, for Mr. William Faulkner called it that, and he lived here longer than anybody. Because he lived here it is a literary shrine of sorts; for 20-odd years pilgrims have been coming up the walk to see what lies in the white house.

I, too, was a pilgrim once, come by a long road begun in a railroad yard. One night a switchman, Frank Smith, pressed on me a book, of all things, a paperback, greasy and bent to the shape of his blue jeans pocket. “Read this,” he said. In the yard office after the train was gone, I opened it and began to read, and the world was never the same again. 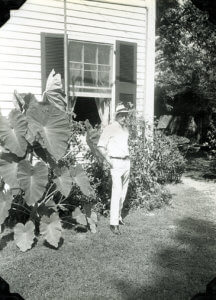 Years later, when I was curator of Mr. William Faulkner’s house, I happened on a page of manuscript behind a drawer in the library. I knew right away what it was; lines from The Hamlet, written in this very house. It was no small thing to meet, and as the morning light fell through the tall library windows, I remembered another light; the glow of Frank Smith’s lantern on that vanished summer night, when he put his copy of The Hamlet in my hand.

Ghosts again, and, always, time. In Mr. Faulkner’s house, time is the sum of all senses. It is in the light, in all seasons softened to twilight by the trees. Time lies in the creak of a shutter, rain in the downspouts, in a step half-heard in the empty rooms above. It is in the very smell of the place, which is the smell of all grandmother’s houses, made of dust and mildew, old books and years of fried chicken—and that almost palpable memory that will not go away. It is the smell of time.

No wonder pilgrims sometimes speak in whispers here. No wonder children often cling shyly to their parents’ legs, flirting with something only they can see. Time conjures them all, as it conjures us, who are stewards of time.

There have not been many of us. Dr. James Webb, the first and best curator, will always be chief. In the early years Dr. George Street was here, and Bev Smith. I have worked with Danny Toma, Terrell Lewis, Keith Fudge. Winfred Ragland was the first groundskeeper, and then Isiah McGuirt, whom I watched rake the leaves of 15 autumns.

These were all Southern men who knew not just Mr. Faulkner and his work, but also what it means to love an old house and earth whence it came. They were all pilgrims, come here by their own long roads, each to find his own doorway to the past. 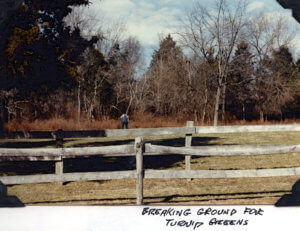 Once, on one of those days when the sky is deep blue and every leaf sharp and clear and shadows haunt the fence corners—once, on such a day, Isaiah walked out in the north pasture to work his turnips and Dany went along to swap lies. I wandered out by myself by and by and leaned on the fence and watched them. On the whole place there were only three of us. Their voices drifted to me across the morning. Now and then, an acorn rattled on the tin roof of the cookhouse, the loft door creaked, the house drowsed white and solid in the sun.

I should not have been surprised to find Mr. Faulkner at my elbow, leaning on the fence with his pipe, nor to see Miss Anna in the kitchen door—for the streams of time had come together once more, the old proper rhythms of life were in cadence, and all that ever happened on this place narrowed to an old man and a boy in the pasture, talking quietly under the autumn sky.

Occasionally, folks ask me what it is like to work at Rowan Oak. I do not know how to tell them about Frank Smith or Dr. Webb or Danny or the day Isiah went out to hoe his greens, but sometimes I try, and they are almost always satisfied. It is a good thing for pilgrims to carry away into the world waiting for them beyond the gate, for in that world ghosts are silly and magic is only for children. I don’t believe so myself, and neither does Miss Anna—but then, she is only 16, after all. 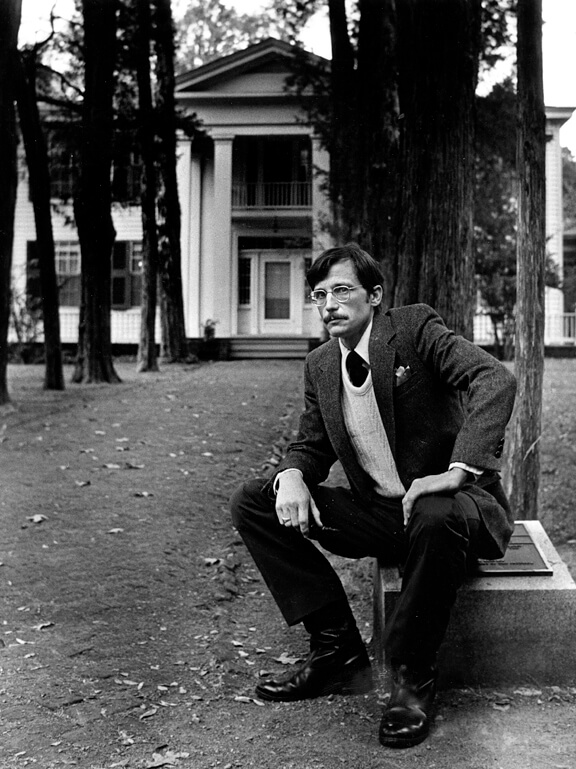 One Reply to “Keepers of the House”