While digging a well for Mrs. Mary Allison, a widow from New Orleans who moved to Way, Mississippi in 1899, Parson Hargon discovered a plentiful source of mineral water, and in time a popular resort named Allison’s Wells grew up around the spring. Initially offering only medicinal baths and drinks (and those for men only), the spa eventually added a hotel and restaurant (La Font) with a grand ballroom that in time hosted the Mississippi Art Colony. Allison’s Wells was destroyed by fire in 1963

In 1981, proprietor Hosford Fontaine—doubtless at the urgings of countless friends—published Allison’s Wells: The Last Mississippi Spa. The book is a treasure-trove of history, with profiles of the people who kept the resort functioning as well as other unforgettable characters, musicians and artists such as Till Caldwell, Inez Wallace, Ted Faires, Marie Hull and others. Many of these people contributed to the illustrations, which are augmented by dozens of charming vintage photos including a poignant image of Hosford standing amid the charred ruins. But best of all—from my standpoint in the kitchen—The Last Mississippi Spa also includes a sprawling section on recipes for almost anything to put on the table: hors d’oeuvres, soups, salads, dressings, breads, meats, seafood, vegetables, breakfast and brunch dishes, desserts, candy and cookies, all “tried and true” from the La Font kitchens.

You don’t see many Southern apple cookie recipes; a quick scan of Southern Sideboards, Bayou Cuisine, River Road Recipes, Vintage Vicksburg, Gourmet of the Delta, The Jackson Cookbook and The Mississippi Cookbook turned up nary a one. Though the South has a native crab apple, the Old World apple species that produce what Emerson called “the American fruit” simply don’t do well in our climate and fruit from those that do are most often dried or made into pies or sauce. As to the kind of apples to use, that’s up to you. I used Galas because they’re pretty.

The original recipe calls for a cup of margarine, but I’ve substituted butter because it just flat-out tastes better. I suspect Hosford used margarine for the sake of economy, but then a lot of women of her generation used margarine because it was considered upscale, being “store bought” and all. I used white raisins because you’ll find different shades of fruit in a box of white raisins while others are uniformly dark, and I used pecans because they go so well with apples in any recipe.

Cream butter and sugars well, add eggs and flour mixed and sifted with spices and baking powder, then stir in apples, oats and nuts. Refrigerate dough for about 30 minutes, stirring once. Form dough into ping pong balls, and bake on a lightly oiled cookie sheet with parchment paper at 350 or until lightly browned. Cool on a wire rack.This recipe makes about three dozen wonderful, chewy, sticky cookies. 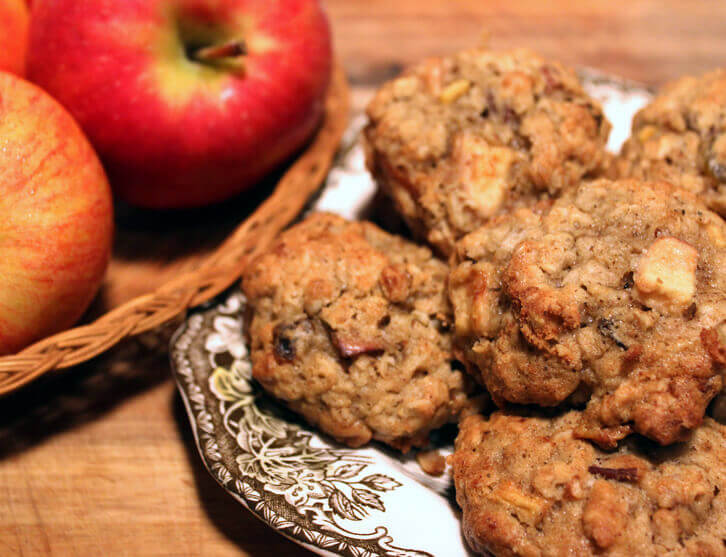 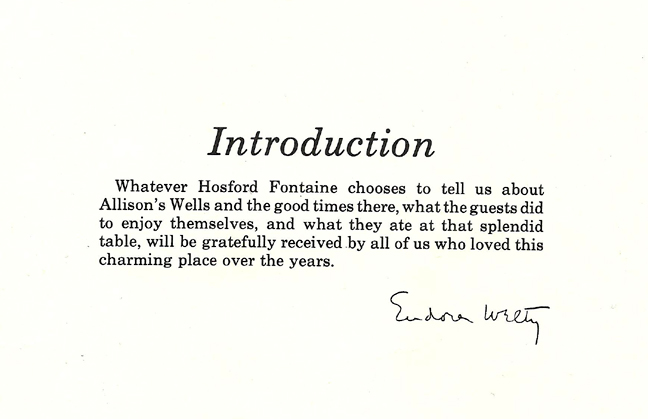 As incredulous as it may sound to us today, in the 1940s the Old Warren County Courthouse in Vicksburg was under threat of destruction from the citizens of the very city who had grown up on and around the bluffs surrounding this iconic Mississippi landmark.

The building is perched on the highest point in Vicksburg on land given by the family of the city’s founder, Newitt Vick. Construction began in the summer of 1858 on what was then to be a new Court House for Warren County. Contractors were the Weldon Brothers of Rodney, Mississippi, who used 100 highly skilled artisans to make the brick and erect the building, which was completed in 1860 for a cost of $100,000. During the War, the building dominated the city’s skyline and was the target of much Union shelling but suffered only one major hit. It was here on July 4, 1863 that the Stars and Bars were lowered and the Stars and Stripes were raised as General U.S. Grant reviewed his victorious army.

With the construction of a new Warren County Courthouse in 1939, the Old Courthouse stood practically vacant for years, and there was talk of its demolition. What was possibly planned to take its place on the highest point in the former Gibraltar of the Confederacy goes (perhaps mercifully) unrecorded. But a local activist, Mrs. Eva Whitaker Davis, realized the significance of the building and established the Vicksburg and Warren County Historical Society for the purpose of preserving the structure. In 1947 she was elected president of the society and with the help of a few volunteers began cleaning the building and collecting artifacts. On June 3, 1948 the museum opened its doors, where she continued to work on a volunteer basis for many years. Eva Davis was a local celebrity; she had a daily radio show, “Court Square”, which was a feature of WQBC in Vicksburg for many years. She put out two cookbooks, Court Square Recipes and Mississippi Mixin’s, both likely in the 1950s, though neither book is dated. A grateful public added the name Eva W. Davis Memorial to the Old Courthouse Museum several years before her death in 1974.

Mississippi Mixin’s was illustrated by her fellow townsman and renowned Mississippi artist, Andrew Bucci. Sadly, Bucci’s art is reproduced in black and white, but the impact of the images is still powerful, perhaps even somewhat enhanced. Most of Bucci’s artwork in the book is comprised of small images for chapter headings, doubtless resized from larger works, but two large images are printed full-page (5.5×7). Again, dating these works has so far been unsuccessful and it is not known whether the original artwork still exists. At least one image is by artist Suzanne Wilder, who was a student in the Mississippi Art Colony at Allison’s Wells, a popular resort in Way, Mississippi that was established in 1889. The Mississippi Art Colony was founded at Allison’s Wells in 1948, and Bucci along with noted Jackson artist Mildred Wolfe taught there until 1963, when the resort was destroyed by fire. The colony was later relocated to Utica, Mississippi.

(Many thanks to Joel Brown for his help with this article; you can find Bucci’s art in his gallery.)