During the Great Depression, the Federal Writer’s Project assigned many unemployed writers (unemployment being a chronic condition among writers no matter the economic climate is, trust me) to collect information for a work that was to be called “America Eats”. Pearl Harbor halted work on the project, but Pat Willard found the materials and fashioned them into America Eats!: On the Road with the WPA – the Fish Fries, Box Supper Socials, and Chitlin’ Feasts That Define Real American Food (2008).

Eudora Welty (who threw in a julep recipe, bless her soul) and Ralph Ellison (who recorded the chant of the Harlem “sweet pertater man”) were among the contributors to this chronicle of America’s regional cuisine, which focused on gatherings such as church suppers, harvest festivals, state fairs, political rallies, lodge suppers and any other gathering where food was a primary element. Recipes for such staples as root beer, pickled watermelon and chess pie abound, as do those for barbecue. This baste is from Pinky Langley, a white man from Jackson. He instructs readers to mix the ingredients, cook for 30 minutes, then baste, turning the meat frequently. 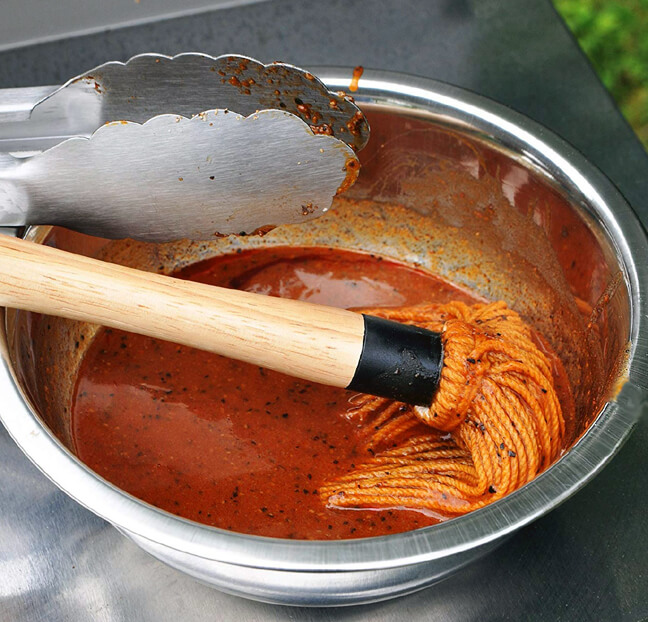