Just the other day, a neighbor told me that his night-blooming cereus—which of course was just weighed down with buds—was given to him by his grandmother, who had lived in Greenville, and she had gotten her “start” from Chestina Welty at a garden club gathering in Jackson. Since moving to Jackson twenty years ago, I’ve heard variations of this story ad nauseum every summer from every Tom, Dick and Harriet I run into. Most people will tell you that Eudora gave a cereus cutting to their mother/aunt/sister/nelly uncle, or will say they got it from someone else who did. Indeed, to admit—as I often do—that your “Queen of the Night” is of dubious lineage is to label oneself an unwashed member of the hoi polloi. You’ll find that the Welty night-blooming cereus mimics the properties of the True Cross, whose fragments once proliferated throughout Christendom in every church, chapel, and monastery. Of course, we can’t fault the Mississippi Department of Archives and History for peddling the Welty cereus rather much like the Borgia papacy did Holy Splinters; they have to get those leaks repaired in the Two Museums somehow. In the end, however, we really must admit that we can’t possibly be certain that any one cereus coming into bloom in Mississippi is really, honestly, a blue-blood Welty or just some pass-along white trash epiphyllum. 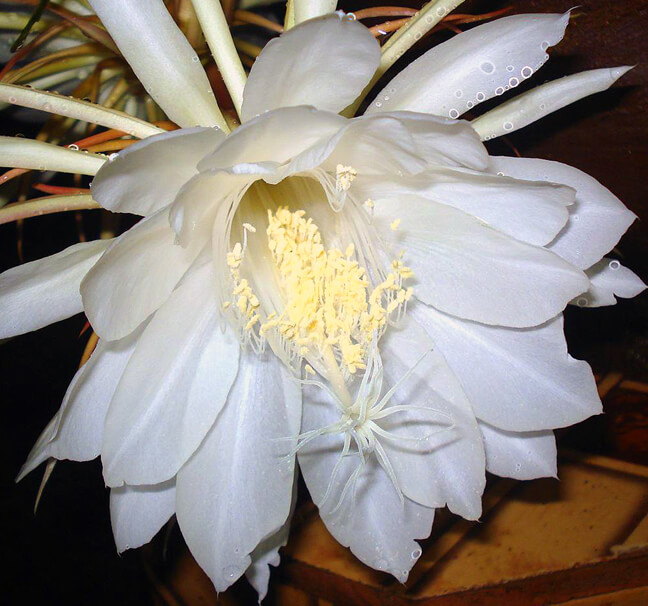 One Reply to “Get Cereus”