This recipe for “Gingerbread Without Butter or Eggs” was first published in The Picayune Creole Cookbook, c. 1901.

Melt the molasses, shortening and ginger together and blend well. When thoroughly melted and warmed, beat for 10 minutes. (While the original recipe as printed omits the use of the sour milk, let’s assume it’s added before the flour.) Dissolve the soda in 1 tablespoon boiling water and add to the molasses mix. Then add just enough of the sifted flour to make a stiff batter, beating thoroughly and vigorously. Pour into several greased shallow pans and bake for ten minutes in a quick oven.

This bread makes the famous “Stage Planks”, or ginger cakes, sold by the old darkies around New Orleans in old Creole days, to those of their own race and to little white children. The ancient Creoles, fond of giving nick-names, gave to this stiff ginger cake the name of “Estomac Mulâtre”, or “The Mulatto’s Stomach”, meaning that it was only fit for the stomach of a mulatto to digest.

The cookbook does not include an icing recipe, but I’d suggest a royal icing. Pink, of course. 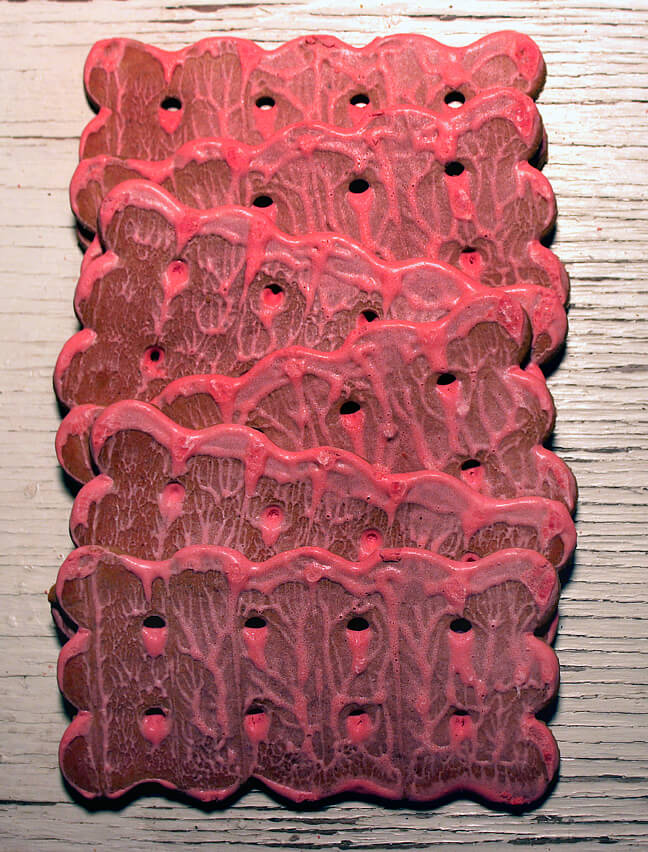 5 Replies to “The Original, Definitive and Incontestable Stage Planks Recipe”