Best known for her work The American Way of Death, Jessica Mitford was a British aristocrat, writer and political activist who came to Mississippi in 1951 to publicize the unjust execution of Willie McGee, a black man from Laurel who was sentenced to death in 1945 for the rape of Willette Hawkins, a white housewife. McGee’s legal case became a cause célèbre. William Faulkner wrote a letter insisting the case against McGee was unproven, and Mitford sought him out in her effort to rally support against a travesty of justice that many find has striking similarities to the trial Harper Lee wrote about in To Kill a Mockingbird nine years later. This excerpt is from Mitford’s memoir A Fine Old Conflict.

‘We had already overstayed our time in Mississippi. The four weeks allotted for the trip stretched into five, as we did not wish it to appear we had been chased out by the Jackson Daily News. But we decided we could not leave the state without attempting to see Mississippi’s most (indeed its only) illustrious resident, William Faulkner. The reserves having drifted back to their respective homes, it was the original four of us who drove down to Oxford. We asked a gangling, snaggle-toothed white boy for directions to Faulkner’s house. “Down the road a piece, past the weepin’ willa tree,” was his response, which I took as augury of our arrival in authentic Faulkner country. We turned through a cast-iron gate into a long avenue of desiccated trees leading to a large, run-down plantation-style house, its antebellum pillars covered with grayish moss. Through the window we saw Faulkner, a small man in a brown velvet smoking jacket, pacing up and down, apparently dictating to a secretary. We gingerly approached and rang the front doorbell. Faulkner himself came to the door, and when we explained the reason for our visit, greeted us most cordially, invited us in, and held forth on the McGee case for a good two hours. Faulkner spoke much as he wrote, in convoluted paragraphs with a sort of murky eloquence. I was desperately trying to take down everything he said in my notebook, and frequently got lost as he expatiated on his favorite themes: sex, race, and violence.

The Willie McGee case, compounded of all three, was a subject he seemed to savor with much relish; it could have been the central episode in one of his short stories. Later it was my job to edit down his rambling monologue as a brief press release to be issued by our national office. He said the McGee case was an outrage and it was good we had come. He cautioned us that many people down here don’t pay much attention to law and justice, don’t go by the facts. He said in this case they are giving obeisance to a fetish of long standing. He expressed fear for McGee’s safety in jail. When we left he wished us good luck. William Patterson was jubilant when I telephoned to tell him of our interview with Faulkner. It was a major break- through, he said. The release would certainly be picked up by the wire services and flashed around the world! But he insisted we show it to Faulkner and ask him to initial it, for fear that pressure from his Mississippi compatriots might later induce him to repudiate it. This time I drove alone past the weepin’ willa tree to find Faulkner in dungarees and hip boots, up to his knees in dank manure, working alongside one of his black farmhands. I showed him the release and explained why I had come: “Mr. Patterson thought I should ask you to sign this, for fear you might later repudiate it.” He read it through, initialed it, and as he handed it back murmured softly, as though speaking to himself, “I think McGee and the woman should both be destroyed.” “Oh don’t let’s put that in,” said I, and clutching the precious document made a dash for my car. One can only conclude that Faulkner gave expression, in his own distinctive voice, to the deep-seated schizophrenia then endemic among white liberals and racial moderates of the region.’ 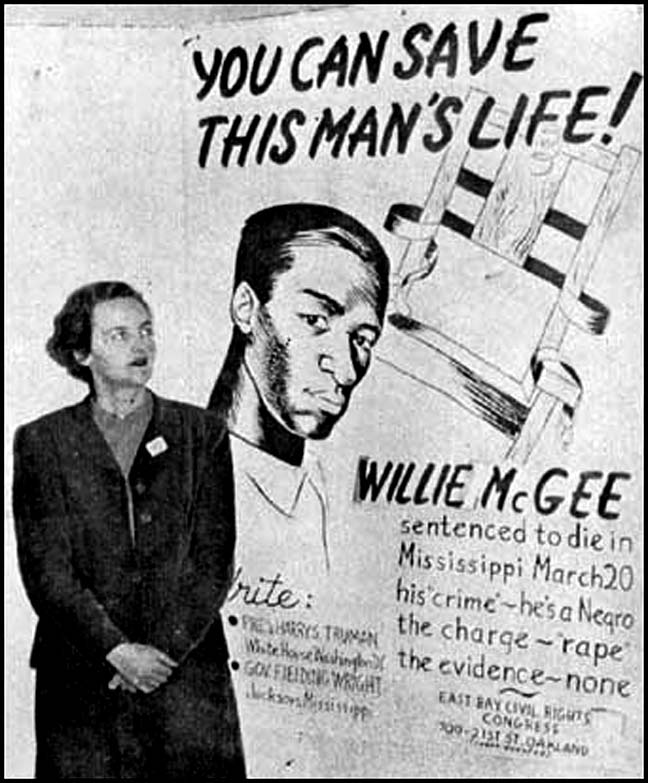 3 Replies to “A Certain Justice: Faulkner, Mitford and McGee”