June means fresh peaches in Mississippi, where we get the best in the world. The early varieties are usually cling, meaning the pit adheres to the flesh of the fruit, while later varieties are freestone, with a pit that’s easily removed. Chilton County, Alabama peaches enjoy a vaulted reputation in Mississippi, but north central Mississippi growers, particularly in Pontotoc and Lafayette counties, have in recent years provided the markets with wonderfully succulent fruit.

A pavlova is meringue base or shell filled with whipped cream and fruit, a dessert, light as a ballerina, and this patronym is the only thing about the dish that’s agreed upon. Australians claim that it was invented in a hotel in Perth, but any respectable Kiwi will bristle at the thought. Then there are those who will tell you that a pavlova meringue should have a soft center while others insist it should be dried and crisp throughout. Suit yourself.

Meringues have a reputation for being tricky and if you’re clumsy they are. The egg whites mustn’t contain a bit of fat, so make sure no yolk remains, and don’t whip them in a plastic bowl. Bring the whites to room temperature before whipping (use a mixer, trust me on this), and while back in the day humid weather could make a meringue heavy, in air-conditioned homes it’s not a factor. Vinegar or lemon juice helps stabilize the froth, and don’t add sugar until the soft peak stage. See? What’d I tell you? Not tricky at all.

Chinese gooseberry—renamed the kiwi fruit by New Zealanders in a brazen attempt at origin status—and passion fruit are “original”, strawberries and blueberries are traditional, but any fruit can be used. Pavlovas can also be made with chocolate and caramels, candies and nuts. We’re getting in the best peaches of the year now, which make a beautiful pavlova.

Preheat oven to 325. Line a baking sheet with parchment paper and draw a circle in the middle. parchment paper. For one meringue base, whip four egg whites until the peaks are soft. Gradually add one cup confectioner’s sugar, a spoonful at a time, until the whites are glossy, then gently blend in a teaspoon each vanilla extract and lemon juice and two teaspoons cornstarch. Spoon meringue onto the parchment paper circle. Working from the center, spread mixture toward the outside edge, leaving a slight depression in the center. Bake for half hour, more if the center feels squishy. Top or layer with whipped cream and fruit. Chopped pistachios and/or almonds are a nice touch. 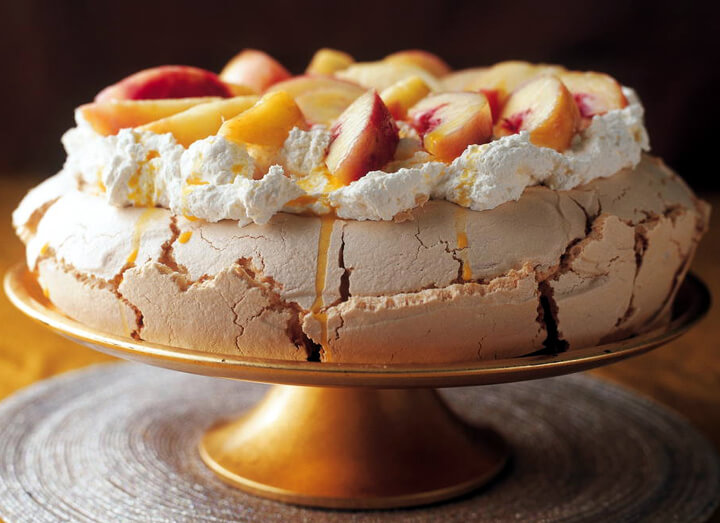 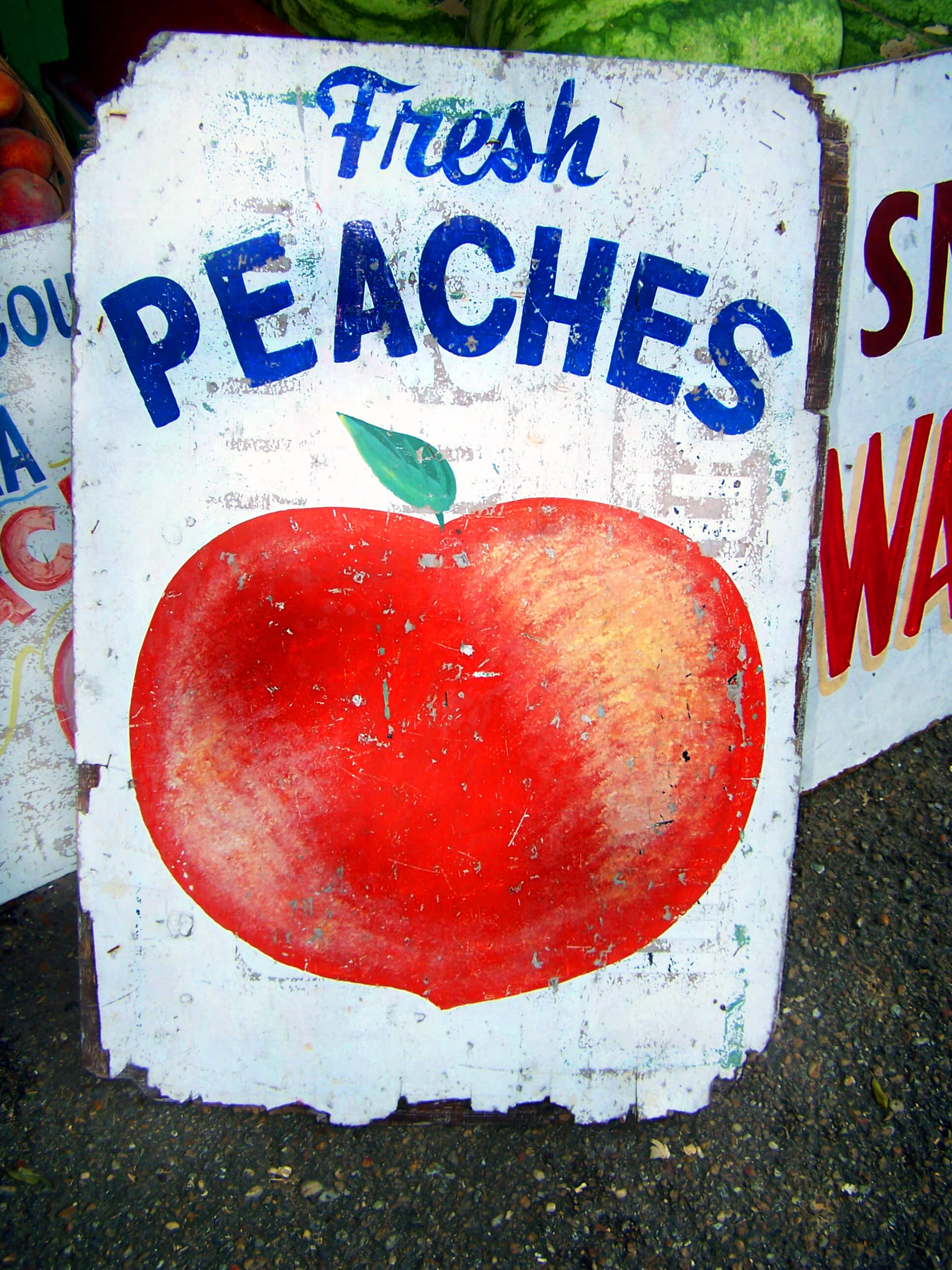