In her luminous classic A Southern Garden (1942), horticulturalist and Welty correspondent Elizabeth Lawrence (1904-1985) tells the story behind the red spider-lily, Lycoris radiata, one of the South’s most beloved flowering perennials.

Toward the middle of September every garden in the South is filled with the flame-like flowers of red spider-lilies, Lycoris radiata. On the first days of the month, when the bloom of phlox is done and chrysanthemums are not even showing color, the season for flowers seems to have passed. Then the naked scapes of the red lilies spring from bare ground and flower almost overnight, lighting all of the dark corners and even the waste places. In any garden where there are a few, there will soon be many, for the bulbs require shallow planting if they are to bloom, and with shallow planting they multiply rapidly. In my garden (Lawence lived in Raleigh, North Carolina jly) they have increased until they are everywhere—everywhere except in the borders, because there are few flowers of a color that is agreeable with the brilliant nopal red of the stiff long-stemmed lilies. They are most beautiful when planted to themselves, and there cannot be too many of them. The quick color that flares up suddenly as a flame burns out almost as soon. After scarcely more than two weeks they are gone.

Until recently when it was discovered that these red spider-lilies are identical with the Japanese Lycoris radiata, they were known in the South as Nerine sarniensis, the Guernsey-lily. In Herbitaria, vol. IV, Mr. Wyndham Hayward gives an account of how the mistake was at last cleared up. In North Carolina, we might have wondered before, if we thought at all about the flowers that grow in out garden, about the name nerine. For the nerine is a South African genus, and the first red spider-lilies in North Carolina (and probably in this country) came directly from Japan to a garden in New Bern. They were brought to that garden nearly a hundred years ago by Captain William Roberts who was with Commodore Perry when he opened the ports of Japan. The Captain brought three bulbs which were, his niece Mrs. Simmons says, in such a dry condition that they did not show signs of life until the War between the States. The original bulbs have increased and have been passed on until they have spread across the state. They grow as far west as Morganton but do not survive in Asheville. Maryland is the northern limits of their hardiness; near Baltimore they sometimes survive and bloom in sheltered places. The best time to divide the bulbs is after the foliage dies down in spring. 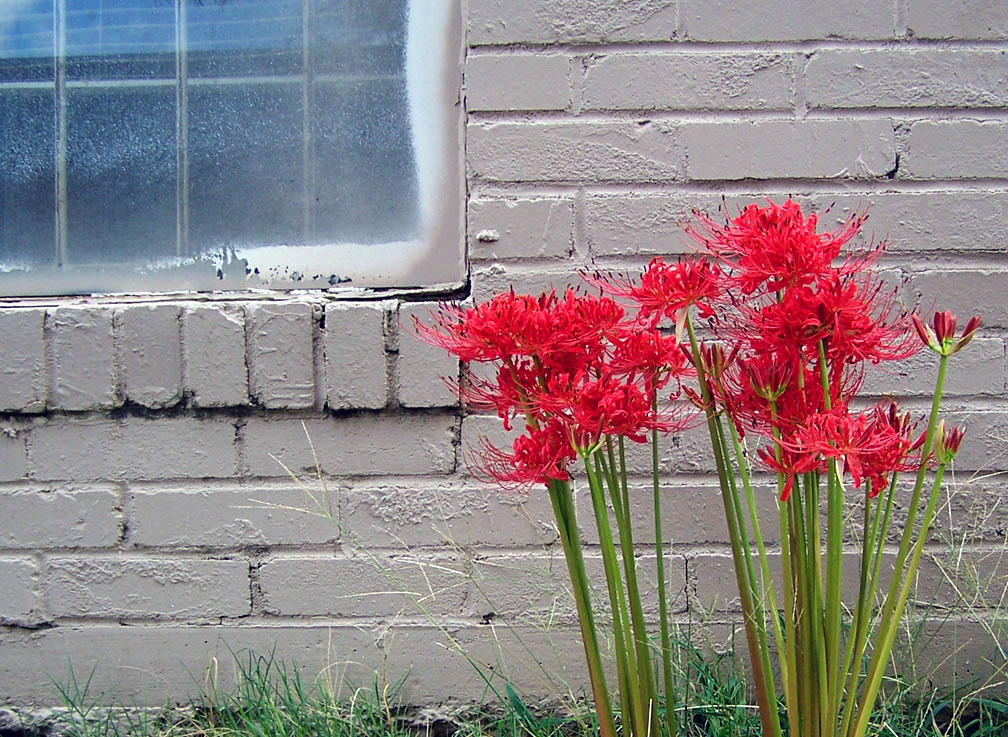 One Reply to “Lawrence on Lycoris, the Red Spider-Lily”