Most recipes named for a person tend to have documented pedigrees; we can trace bananas Foster, Melba toast and chicken tetrazzini to a particular person and chef in a particular restaurant. But Jezebel sauce is an orphan. Jezebel herself was a 9th century BCE Phoenician princess known best as the wife of Ahab, King of Israel, who she converted to the worship of the Lord of the Flies. Her foe Elijah, speaking through the prophet Elisha, brought about her downfall, and it’s because of her idolatry and animosity towards Hebrew prophets (she had a number of them killed) that she is remembered as a voluptuous temptress who led the righteous Ahab astray.

Jezebel’s association with sexual promiscuity has even more recent vintage (e.g. Frankie Laine’s 1951 hit “Jezebel”), and this cloying reputation doubtless led to the naming of this blend of sweet condiments mixed with pungent horseradish. Jezebel sauce is most often served with ham or other smoked meats, but is often poured over cream cheese for use as a cocktail dip with crackers. This Jackson recipe is from the splendid Southern Hospitality Cookbook by Winifred Greene Cheney, who claims, “Some of this sauce would have made Ahab’s wife a better woman,” but I doubt it. Jezebel was a real bitch.

1 (16-ounce) jar of pineapple preserves, 1 (12-ounce) jar apple jelly, 6 ounces prepared mustard (I use a Creole brown), 1 (5-ounce) jar horseradish, salt and freshly ground pepper to taste. You can add Coleman’s Mustard for added kick. Blend all ingredients well with a fork or whip. This sauce keeps well for weeks refrigerated in a sealed container. 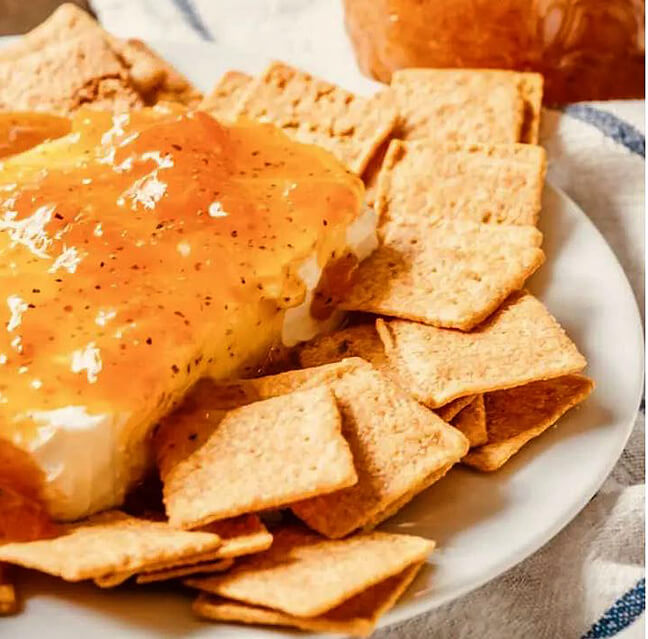