In his introduction Oscar Rogers writes, “The title of this book could well have been My Mother Cooked My Way Through Life with These Creole Recipes. Her skill in cooking fine foods, prepared with loving care, assured her of a living and me of my survival. She places part of herself into each dish she prepares—in fact a part of herself is in everything she does. This is her priceless legacy to me.”

Dr. Oscar Rogers was one of the most distinguished educators in Mississippi. He received his A.B. from Tougaloo in 1948, the B.S. in theology in 1954 and an M.A. in theology in 1954, both from Harvard. He returned to Natchez to accept the position as dean of students and registrar at Natchez Junior College in 1954, and was appointed president of Arkansas Baptist College in 1956, serving until 1959. In 1958, he received a doctoral fellowship to enroll at the University of Arkansas at Fayetteville, and there he completed his doctor of education degree in social science in administration in 1960. Rogers’ wife, Lee, insisted that her children (three sons) live near and learn to know her father, Jefferson O. Lewis, a longtime employee of Tougaloo College, so the family moved to Jackson where she became a teacher in the Jackson Public Schools, and Oscar accepted the position as dean of students at Jackson State College from 1960-68. During 1968-69, the family moved to Seattle, where Lee taught and Oscar engaged in research. They returned to Jackson in later 1969, where Dr. Rogers became dean of students at JSU, a position he held for fifteen years. In 1984, he became the seventh president of Clafin University, a position he held to his retirement in 1994. Dr. Rogers died in July, 2011.

This book was published in December, 1971, when Rogers’ mother, Mrs. Walter Tillman, affectionately known as Pinky, was still alive. She attended the reception and signing, which was held by the University and College Press of Mississippi in the H.T. Sampson Library on the JSU campus. Some may be surprised that Oscar calls the recipes “Creole”, since they originate not in New Orleans, but upriver in Natchez, but in its strictest definition, Creole is defined as “a person descended from the early French and Spanish settlers in the U.S. Gulf States”. Natchez was founded by French colonists in 1716. In the culinary sphere, however, Creole implies the cooking of the well-to-do, more urban inhabitants of the region; one authority, Howard Mitcham, defines it as “city” cooking as opposed to “country (Cajun)”. And many of the 200+ recipes are sophisticated indeed: cauliflower Hollandaise, Doberge cake (a distinctly New Orleans dish, by the way), shrimp remoulade and floating island pudding, but there is also an abundance of good home-style recipes such as Southern-style pork chops, a meat loaf, baked beans and spoon bread. It’s also well worth noting that a recipe for Harvard beets makes an appearance on page 49.

Slice fish across back into 2 or 3 in cuts. In a large skillet heat the salad oil, add the flour and stir until very brown. Add onions, stirring until cooked a bit. add chopped tomatoes and remaining ingredients except wine and fish, cook for 1/2 hour or more. Add sliced fish (you may lay fish in roasting pan or large pot if skillet isn’t large enough and pour sauce over fish). Simmer for 15 to 20 minutes until fish is cooked. Add wine and let come to a boil again. Serve with rice or creamed potatoes. (Serves 6 to 8). 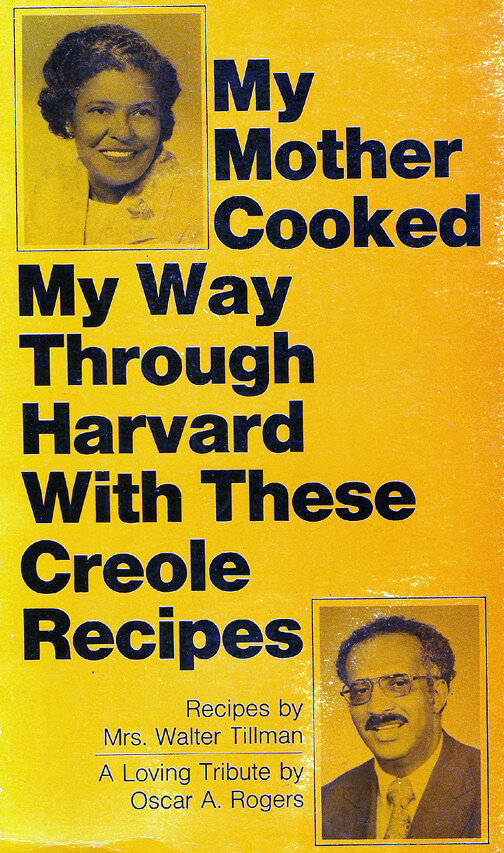