A decade after the trauma of the ’60s, Oxford was a laid-back, picturesque Southern academic backwater, full of good people with great ideas. The art scene was strong, and the town was full of bright, ambitious young businessmen. Oxford’s flowering of culture in the ’80s was seeded in that time. Those years were halcyon years for me, as they were for many other people, and the Hoka was very much a part of it for us all.

Ron Shapiro opened the Hoka in 1974. The theatre was located across a parking lot from the Gin, one of the first restaurant and bar to open in Oxford after Lafayette County voted “wet”. The theatre was set up in a long, corrugated building with a walkway that extended perhaps 2/3 its length on the west to street level north. A single door was at that end; midway was a short-roofed porch with a paned double doorway. To the left of those doors was the Hoka logo, a winged Chickasaw princess. The auditorium seated perhaps 150-200 people, though our audiences were usually much smaller. The projection booth was up a short flight of stairs from a tiny untidy office, and the concession stand sold candy, popcorn and soft drinks. We sold tickets from a roll atop what looked like a rough-hewn pulpit at the top of the sloping concrete floor.  Inside the projection booth was a table for processing incoming film–checking it for tears, bad splices, twists, or crimps–and the projectors were twin 1936 carbon arc machines, which took a lot of practice with a complex procedure involving levers and foot pedals to switch from one reel to the other. A typical film might be on five or six reels.

I began working at the Hoka in 1977. Typically, in the early days, we’d have two showings, an early movie that started around 6 or 7, and a later feature beginning at 8 or 9, depending on the duration of the first. Later we started showing X-rated flicks at midnight, which caused quite a stir at the time, but were very popular and, of course, profitable. Films were rented for three to four days, shipped in bulky hexagonal aluminum containers holding anywhere from one to three reels of 35mm film. Most often they were shipped by bus, and we’d pick them up at the Greyhound station on the corner of 10th and Van Buren, but at times we’d drive to Memphis. Once in the theater, the film had to be checked for tears, mended if needed, and then loaded on our projector reels. Ron was a good boss; pay could be erratic, but if I needed money, he’d give me enough to get what I needed or do what I wanted.

Ron also taught me a lot, and I do mean a lot, about movies. At that time, in that part of the world, movies were still considered by most people to be nothing more than entertainment, but for Ron, as they were for many others like him who operated small independent “art cinemas” across the country, cinema was the leading form of art in the 20th century.  When we first showed The Rocky Horror Picture Show, the audience–and the projectionists, I might add–stared open-mouthed at the screen, and when the audience began throwing rice at the wedding, hollering phrases at the screen and doing the Time Warp, we just eventually joined in the fun. Ron also showed a lot of great movies by cutting-edge artists like John Waters, Russ Meyers and William Castle. Several years later, Betty Blair Allen opened the Moonlight Café in the Hoka, and it became a very special sort of place for dinner and a movie.

At a time when film was just coming into its own as an academic medium, Shapiro introduced generations of Ole Miss students to the works of Fellini, Wilder, Woody Allen, Capra, and Chaplain, to name a few, and brought to light (literally) unknown images: Dietrich in The Blue Angel, Lang’s electric automaton in Metropolis, a leather-clad Brando leaning on a jukebox in The Wild One. For me, this is the essence of Ron Shapiro’s legacy: the Hoka brought film as an art form to Mississippi. 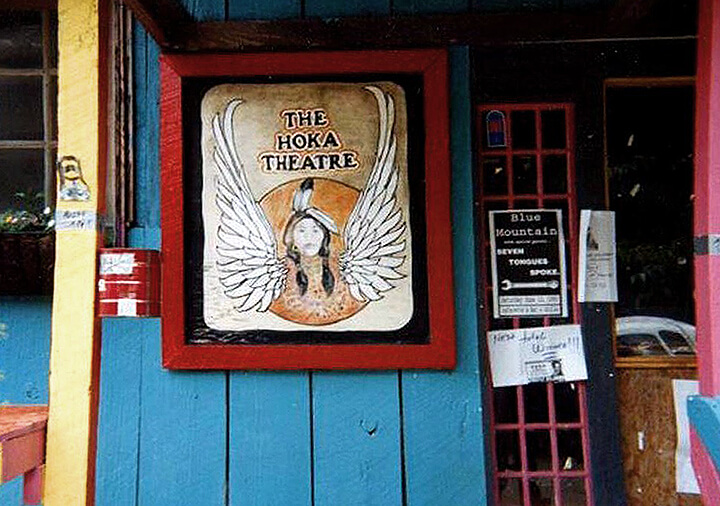