One morning Trudy Morgan found her bird feeder on the ground surrounded by the mutilated remains of two cardinals, three starlings and a squirrel. She was prepared to blame her elderly tomcat Horace for this slaughter until she found his eviscerated body under her gardenia.

“Dogs,” she thought, saying it aloud. It must be stray dogs. She had seen them wandering the streets in packs, scavenging in the alleys. How they got into her fenced back yard was a puzzle, but they must have gotten in, somehow.

Trudy lived in an old neighborhood of the city, in the house her husband George had built after he returned from Vietnam. They’d spent many happy years together there, had watched the neighbors’ children grow up and move away. They had none of their own. Now George was gone and most of the neighbors they knew had moved away, leaving Trudy among strangers. She didn’t mind; she had her garden, her job at the library, her parakeets Bess and Harry, and poor Horace.

She heard the doorbell ring, a sound she’d not heard in many years. When she opened the door she saw nothing other than a shivering ripple beneath the shrubs. Trudy closed and locked the door quickly, thinking somehow a dog had thrown itself against the ringer. She buried the birds, the squirrel and poor Horace against the back fence and went to the library. When she returned, the front door was open. She found the bird cage in a corner, and the only trace of Bess or Harry was a single speckled green feather on the sofa. Nothing else seemed disturbed, even the gold coins she’d had framed and foolishly kept on the wall in the hall. Trudy called the police. “It’s probably a raccoon,” they said, and gave her the number of an animal remover.

Before dawn, Trudy awakened and felt a weight upon her. She tried to shove it off and roll over on her side, but it was heavy. She opened her eyes and saw a bearded face with amber eyes looking back at her. Trudy was too scared to breathe, much less scream. She could feel his hardness against her gown. It licked its lips and began rubbing against her, kneading her breasts and twisting her nipples. Its movements and breath quickened; it grunted, and she felt wetness. It jumped off the bed and ran out into the hall before she could even think. She waited, frozen, until the sun came into the room; once washed and dressed, she ran to her car and drove to the café near the supermarket. She ordered coffee. The waitress, a plump young blonde named Sylvia, said, “Miz Morgan, you look like you’ve seen a ghost!”

“I don’t know what it was,” Trudy whispered, still dazed. Sylvia had ornate knotted tattoos on her arms and many rings in her ears. She looked at Trudy with lowered brows. “What do you mean?” Trudy told her about everything; the birds, poor Horace, Bess and Harry, the ripple in the hedges and, in a whispered rush, about the thing on her chest. She was still shaking, and held her coffee with both hands. Sylvia bit her lip. “Miz Morgan, you just sit for a minute. My shift will be over in a little bit. I can help you.”

Sylvia said nothing, but refilled her cup. When she returned, she had changed into a loose green blouse. She put her hand on Trudy’s and said, “You’ve got a yampus. They’re not really evil like a demon, just mean. It won’t hurt you, but it will kill everything you care for, more out of spite than anything. It will keep you and use you. I know these things. My granny was a voodoo lady. I follow a different tradition,” she said, glancing at the worsted tattoos on her arms, ”but a yampus is a yampus no matter how you look at it.”

Trudy just stared at her. She could still feel it kneading her breasts and smell its warm breath on her neck. “I can’t go home,” she said.

“Of course not,” Sylvia said. “You’re coming with me to my house, and we’ll deal with that yampus tonight. Now get your purse and follow me.”

Sylvia lived in a cottage near the divinity college not far from the library where Trudy worked. The house had a stone fireplace, a crowded library and handful of cats that took their time doing anything at all. Trudy bathed and changed into a housecoat while Sylvia made a light lunch and washed her clothes.

“You need to sleep, Miz Morgan,” Sylvia said, “So go to bed and don’t worry about anything while you’re here.” Despite the assurances, Trudy slept uneasily, but she did sleep, awakening when the sun was sinking. “Get dressed and let’s go,” Sylvia said.

Trudy looked at her, wide-eyed and questioning. Sylvia smiled. “I’ve done this before. Don’t worry.”

When they got to Trudy’s house, the door was still locked. Sylvia followed her in, carrying a brown valise. “I don’t have a stake and a hammer in here,” Sylvia said with a short smile. “Now show me to your kitchen, I’m going to make us some tea, and then I want you to get to bed.”

Sylvia took her hands. “Yes, you can. Listen to me. I know he scared you, but he won’t hurt you. He just wants to use you, and you know how he wants to use you. A yampus just wants one thing, and as a woman you ought to know what.”

“Oh, yes,” Trudy said, smiling thinly, remembering and growing warm with the memory. Sylvia looked at her, cocking a brow. “Well,” she said. “Let’s get ready. Dress for bed. I’m going to turn out the lights and sit in the spare bedroom. I’ll be able to hear him when he comes into the house. He’ll take no notice of me. I’m not the one he wants.”

Trudy went to her bedroom, undressed and went to her closet where she selected a silk nightgown and a satin negligee. She turned out the overhead light, folded back the bed and turned on the lamp atop her dresser. She sat, applied lipstick and blush, brushed her neck with perfume, and then climbed into bed. He came through the window, and the warm night air followed. She could hear him as he moved to the end of the bed. Suddenly he was upon her, holding her, moving his head against her, his hands on her body, touching and probing. He parted her clothing and she felt his lips upon her nipples and his penis pressing upon her stomach. She caught her breath as he entered her and began to move as he moved, as if she were telling him something. Suddenly he squeezed her with his arms, she gasped, and then she felt him finish and heard him whine as if he wanted more. Then he was gone, as suddenly as he had come, leaving nothing. As she lay there, she heard Sylvia’s voice. “I’ll be going now, Miz Morgan.” 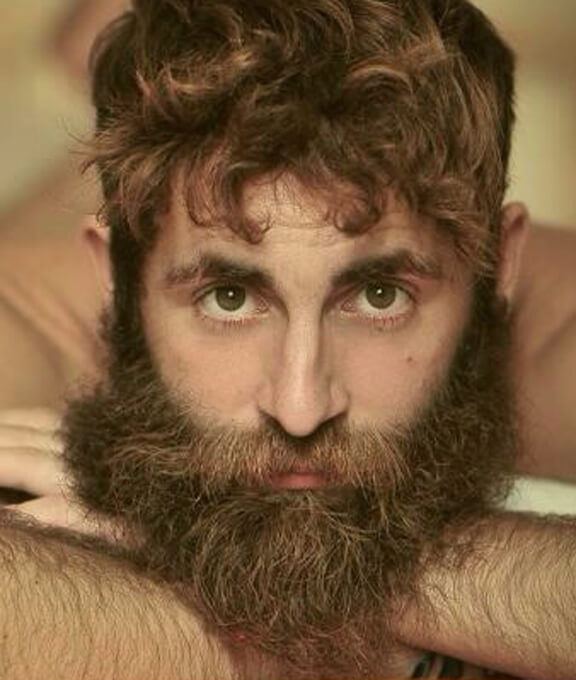