The Last House on the Left (1972) Directed by Wes Craven
Yes, penectomies can be fatal, especially when they’re done by teeth in the woods. Having said that, there are many other lessons to be learned from this film, like telling your teenage daughter that it’s not a good idea to score dope in a bad part of town. This is Craven’s first feature film, and it’s better than any of his “Nightmare on Elm Street” series. For one thing, it’s real; the villains aren’t some indestructible dream figure. They’re people, they’re remorseless, and you believe this could have, might have happened, which makes it even worse, of course.

Carrie (1976) Directed by Brian DePalma
The first and best film made from a Stephen King novel, probably because it’s King’s best novel (yes, it is, as A Time to Kill is Grisham’s) and because DePalma was in his prime when he directed it. Not only that, but the performances are first-rate, especially Piper Laurie as Carrie’s psychotic bitch of a mother. What makes this film especially horrific is that you can see what’s coming, you know it’s not going to be good at all and it damn sure isn’t: for anybody. Even the good guys get snuffed: crushed, electrocuted, incinerated and impaled, the ending is a gruesome house of cards collapsing. If the last minute of this film doesn’t make you scream, you’re a soul-less freak.

The Haunting (1963) Directed by Robert Wise
A group of psychics are recruited by a paranormal investigator to stay in a haunted mansion for several nights, and their stay is productive, disturbing and inhospitable, to say the very least. Eerie, atmospheric and scary as hell, this movie is based on Shirley Jackson’s astounding “The Haunting of Hill House” (you’ll remember her story “The Lottery”; if you don’t, read it so you will) and the film delivers every bit as much a sense of the eerie, brooding sinister evil as the book does. Don’t watch this film alone in a darkened room; you won’t sleep for days afterwards. You may never hang your hand over the edge of the bed in your sleep ever again anyway.

In the Mouth of Madness (1994) Directed by John Carpenter
This movie raises more ontological questions than a freshman philosophy course, and without a lecture, at least in the conventional sense. The film was written by Michael De Luca, but it has H.P. Lovecraft stamped all over it: a small, creepy New England coastal village, mysterious disappearances and hallucinations, not to mention mutated townspeople. As the plot unfolds in surreal and surprising twists, you begin to get the feeling that things just aren’t quite right in this movie. As the film moves toward its stunning ending, you discover that indeed, they are not. Classic Carpenter.

Freaks (1932) Directed by Todd Browning
Here you have a midget with a tall, beautiful evil wife and a very loyal, very special bunch of friends. You can see the possibilities right off the bat, and the way Browning draws out the story is like watching a kitten being lowered into a running blender set on “purée“. Okay, maybe it’s not quite as much fun, but it’s almost every bit as spellbinding. It’s a sure bet that some grad student somewhere has written a paper on this film’s message about the relativity of beauty. Still and all, a human chicken is hard to love.

The Texas Chain Saw Massacre (1974) Directed by Tobe Hooper
It’s gross, it’s disgusting, it’s terrifying, it’s great; a movie about rural psychos that puts “Deliverance” to shame. Forget sodomy; chain saws are worse, especially if you’re in a wheelchair. It’s really not that gory when it comes down to it, but when the gore comes, it comes fast. As a matter of fact, what’s best about this film is its pacing, how a drive in the country to see an old family home can turn into a living nightmare. Hooper must have read O’Connor’s “A Good Man is Hard to Find”. The barbecue angle is a perfect touch for a film made by a Texan.

The Wicker Man (1973) Directed by Robin Hardy
This film, along with “The Haunting” is one that qualifies as a genuine work of cinematic art as well as one of those “you should have seen it coming” movies. You’ll find yourself drawn into the setting (a remote British island), the quirky characters and the detective’s search for a missing girl. In short, you’ll find yourself pretty much in the place of the detective, which puts you in a very awkward spot indeed. It’ll make you wonder about that big hippie event in Nevada.

Horror of Dracula (1958) Directed by Terence Fisher
No Halloween horror flick list would be complete without a Hammer movie, and this is a great one, the first really well-done “Dracula” movie in vivid, living (well, undead) color, with Peter Cushing and Christopher Lee. An international smash hit in its day, the special effects are primitive by our digital standards and might seem almost campy to some in comparison, but they are still spectacular. Christopher Lee is outstanding as the bloodthirsty Count.

The Exorcist (1973) Directed by William Friedkin
Today’s jaded movie-going public will find the buzz surrounding the release of this motion picture difficult to believe. The film delivered on its threat of utter and unrelieved horror then, and still does. An innocent young girl living with her single mom in a fashionable Georgetown townhouse inexplicably falls prey to Pazuzu, an ancient demon out for revenge, and what he does to this little girl is beyond any stretch of belief. This is a must-see film on many levels. While there is a minimum of blood and gore, “The Exorcist” is not for the squeamish. The soundtrack, “Tubular Bells” by Mike Oldfield, is a work of genius.

House on Haunted Hill (1959) Directed by William Castle
Castle was the king of movie gimmickry, but his films stand on their own as horror classics without the flying skeletons, seat cushion buzzers and life insurance policies. In this movie, eccentric millionaire Frank Loren (Vincent Price) invites five guests to stay in a locked haunted house for one night; whoever lasts the night will received $10,000. Loren has plans of his own for the party, and things go horribly, horribly wrong for everybody in this plane of existence. Like most Castle films, “House” is a bit on the campy side, but a great scary movie. (Note: I’m the only person in the universe who thinks the remake was good.) 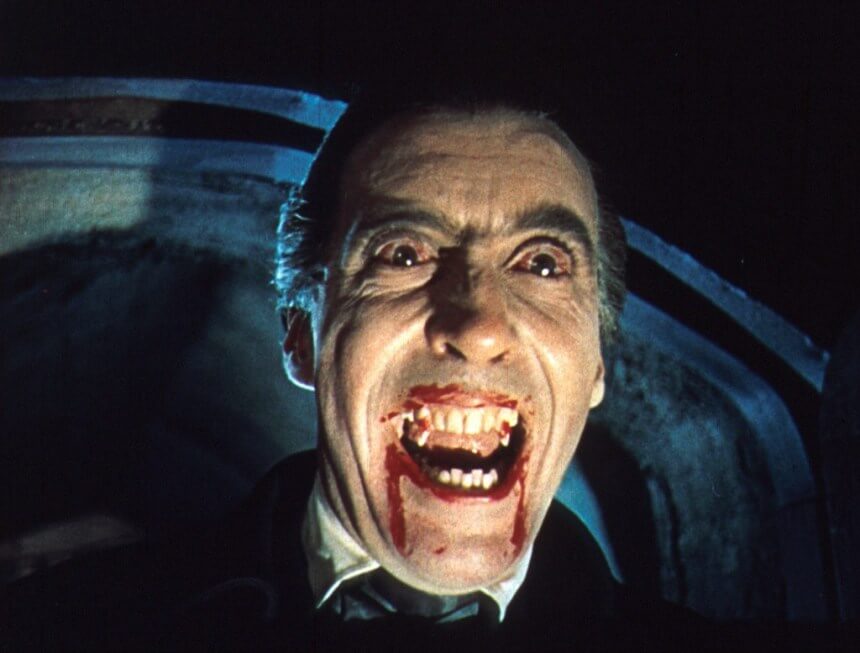