Many years ago at a conference for Southern fiction at Ole Miss, I took umbrage at the inclusion of Bobbie Ann Mason’s splendid novel In Country because the author is from Kentucky, which I do not consider a Southern state. Kentucky was in the middle border during the Civil War, not a member of the Confederacy, and though it is a beautiful old state, in my book it is not Southern. If it’s any consolation to my Kentucky friends, I feel the same way about Missouri, West Virginia, Maryland and Delaware.

When a family from Kentucky moved to my very small rural Mississippi town in the early 60s they were of course welcomed and quietly became members of the community, though with them they did bring new recipes, among them Swiss steak, which my adolescent mind tagged as a Yankee recipe. For some reason the Swiss designation slipped right over my little provincial Southern brain, probably more because for obvious reasons Switzerland held far less significance than the North. Anything Yankee was automatically suspect, and as such Swiss steak entered the nether category Reserved for Further Observation. Little did I know that Swiss steak was very much in vogue during the 1950s and 60s and that people have been cooking it all over the world since tomatoes went global.

“To swiss” is actually an English verb that has little to do with cooking, meaning “a calendering process for cotton fabrics that produces a smooth compact texture”. Some food writers have taken a leap of faith and declared that because the cooking process renders a tough cut of meat “smooth”, this why beef cooked this way is “Swiss”. This claim is a stretch, but then I’ve always wondered why “cubed” beef isn’t cubular. (My world is circumscribed by seas where there be such dragons.) Swiss steak is a thinly-cut piece of tough beef pounded and stewed in tomato gravy. I say gravy because this cut should not be cooked in a tomato sauce, but beef gravy with tomatoes.

There’s certain to be an authentic Swiss version, perhaps several, but the ease and appeal of stewed beef with tomatoes is world-wide. Make a basic brown sauce, about a cup, add a can of diced tomatoes, a half cup each of tomato juice and water, a half cup chopped white onion, Season with basil, oregano, salt and pepper and simmer for one hour. Bread and fry thin trimmed pounded cuts of top round until browned, drain and place in a casserole. Top with sauce and bake until tender, at least an hour. For authenticity, top with Swiss cheese and serve with buttered potatoes. 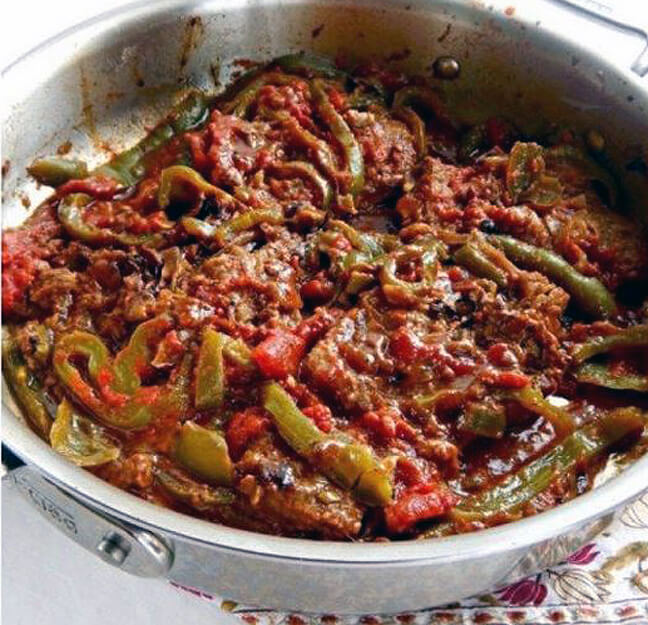