In the summer of 1988, V.S. Naipaul visited Jackson during a tour of the American South that resulted in his travelogue A Turn in the South, which was published the following February. Naipaul, who was awarded the Nobel Prize in 2001, had by that time achieved international recognition with novels such as The Mystic Masseur and A House for Mr. Biswas, and had also become an important observer of post-colonial politics and societies in works such as The Middle Passage, An Area of Darkness and Among the Believers. It was in this vein, that of a writer exploring an exotic culture, that Naipaul visited the South, ostensibly to compare it to his own Trinidadian background. Though the issue of race was an obvious area of interest, the importance of race as a subject seems to move farther to the background as the work progresses, and Naipaul finds himself increasingly preoccupied with describing the culture of the South, including country-western music, strict Christianity, Elvis Presley and rednecks.

This shift of focus seems to take place largely in the section on Mississippi. Entitled “The Frontier, the Heartland”, his visit to the state is for the most part restricted to Jackson, though he does visit a cemetery in Canton, a catfish processing plant in Belzoni, the Presley home in Tupelo and a retired Supreme Court justice in (of all places) Eupora. While in Jackson, he talked with many people—including Eudora Welty and William Winter—yet he seems most captivated with a character he calls Campbell, from whom he received a description of rednecks that fascinated and entranced Naipaul to the extent that he seems to become obsessed (he describes it as “a new craze”) with rednecks not merely as a group or class of people, but as almost a separate species; at one point, when someone tells him that “There are three of your rednecks fishing in the pond,” he “hurried to see them, as I might have hurried to see an unusual bird . . .” Naipaul’s obsession with working-class whites  began with the interview I reproduce here in part because its several pages long for the benefit of those such as myself who are interested in how class distinctions work in our professedly democratic society. Naipaul writes:

I had the vaguest idea of what a redneck was. Someone intolerant and uneducated—that was what the word suggested. And it fitted in with what I had been told in New York: the some motoring organizations gave their members maps of safe routes through the South, to steer them away from areas infested with rednecks. Then I also became aware that the word had been turned by some middle-class people into a romantic word; and that in this extension it stood for the unintellectual, physical, virile man, someone who (for instance) wouldn’t mind saying “shit” in company.

It wasn’t until I met Campbell that I was given a full and beautiful and lyrical account, an account that ran it all together, by a man who half looked down on and half loved the redneck, and who, when he began to speak of redneck pleasures, was moved to confess that he was half a redneck himself. It wasn’t for his redneck side, strictly speaking, that I had been introduced to Campbell. I had been told that he was the new kind of Young conservative, with strong views on race and welfare . . . Campbell was also the man who represented the other side of the religious South: the authoritarian side. And it was of family and values and authority that we spoke, all quite predictably, until it occurred to be to ask, “Campbell, what do you understand by the word ‘redneck’?” And—as though it had been prepared—a great Theophastan “character,” something almost in the style of the seventeenth-century character-writers, poured out of Campbell. It might have been an updated version of something from Elizabethan low-life writing, or John Earle’s Microcosmography (sic), or something from Sir Thomas Overbury . . .

Campbell said, “A redneck is a lower blue-collar construction worker who definitely doesn’t like blacks. He likes to drink beer. He’s going to wear cowboy boots; he is not necessarily going to have a cowboy hat. He is going to live in a trailer someplace out in Rankin County, and he’s going to smoke about two and a half packs of cigarettes a day and drink about ten cans of beer at night, and he’s going to be mad as hell if he doesn’t have some cornbread and peas and fried okra and some fried pork chops to eat—I’ve never seen one of those sons of bitches yet who doesn’t like fried pork chops. And he’ll be late on his trailer payment. He’s been raised that way. His father was just like him. And the son of a bitch loves country music. They love to hunt and fish. They go out all night to the Pearl River. They put out a trotline—a long line running across the river, hooks on it every four or five feet. They bait them with damn old crawfish, and that line’ll sink to the bottom, and they’ll go to the bank and shit and drink all night long, and they’ll get a big fire going. They’ll check it two or three times in the night, to see if they’re getting a catfish. It’ll be good catfish. Those redneck sons of bitches they they’ll rather have one of those river catfish than one of those pond catfish. They’ll say it’s got a better taste.

Religion? They’ll go to church when the wife beats the hell out of him. But he’s not going to put on a coat and tie or anything. He won’t do it. He’ll kick her ass.They’re not too sexual. They’d rather drink a bunch of old beer. And hang around with other males and go hunting, fishing. We’re talking about the good old rednecks now. Not the upscale ones. They’ve got the dick still hard. That’s damn true. If they’re young they got it hard, but the older they get they drink more, and then they don’t care about it any more. And she’s just there, getting some clothes washed down in the Laundromat once a week. Sit down and watch it and smoke some cigarettes—that’s right, that’s what she will do.

I’ll tell you. My son ain’t gonna fool with a redneck girl in Rankin County. Can’t hide it. Everybody knows everybody else. And I’ll tell you something else. They talk different. And I want my children to stay in their social strata, and that’s where they’ll stay. I would say, ‘Keith,, you weren’t brought up like that. You get your ass out of that. You’re way above that, and we’re going to stay way above that.’ But Keith’s all right. He wants to dress nice; he wants to look good; he wants to make money. We run in the Northeast Jackson crowd. That’s supposed to be upscale.”

What some might find most ironic about this denunciation of Rankin County rednecks is that Campbell along with many of his ilk have largely fled north Jackson (indeed, Jackson itself) and now live in Rankin and Madison Counties. Between 1980 and 2010, the population of Jackson dropped from 202,895 to 173,514, and those who left Jackson were for the most part, in the words of the U.S. Census Bureau, “Non-Hispanic Whites”. The Campbells of Jackson fled to the hinterlands, where they established such civilized enclaves as Castlewoods and Crossgates among the ignorant, beer-swilling blue-collar rednecks in Rankin County they despise. 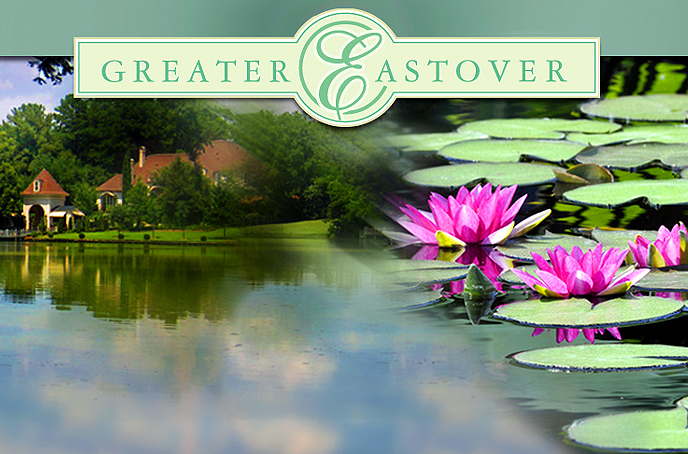