If you were to speculate upon the next food craze in upscale Southern restaurants, you’d be well advised to cast about for a cut of meat or vegetable that is cheap, has decidedly ethnic or rural overtones and isn’t one you, as a middle-class white person (yes, I know I’m profiling here), would have found on a plate at home. Recent examples would include grits, collards and pork belly, the latter which holds such appeal that you’ll even find it served at a “trattoria” in downtown Jackson. Chitterlings might occur to you and for all I know in three years hence (or less) that trattoria will probably be serving chitterlings with cappelletti, but for my money the next foodie obsession will be souse.

Souse is nothing more than head cheese, a sort of sausage made with the head of a hog as well as trotters for the gelatin, skins for more bulk and the fleshier parts of the head. Ingredients include (more or less in order): pork snouts, pork hearts, pork tongues, pork skins, vinegar, diced sweet pickles, salt and ground (hot) red peppers. Here in Mississippi, the ears are used for sandwiches, which makes a great deal of sense. You’ll find recipes for head cheese like this all over the Western hemisphere, particularly in northern Europe, but souse seems to be a word used to describe such in the American South as well as the Caribbean, particularly Trinidad. Souse containing a lot of red pepper is especially popular here in Mississippi and in Louisiana, where it is eaten most often with crackers or in a white-bread sandwich with plenty of mustard. 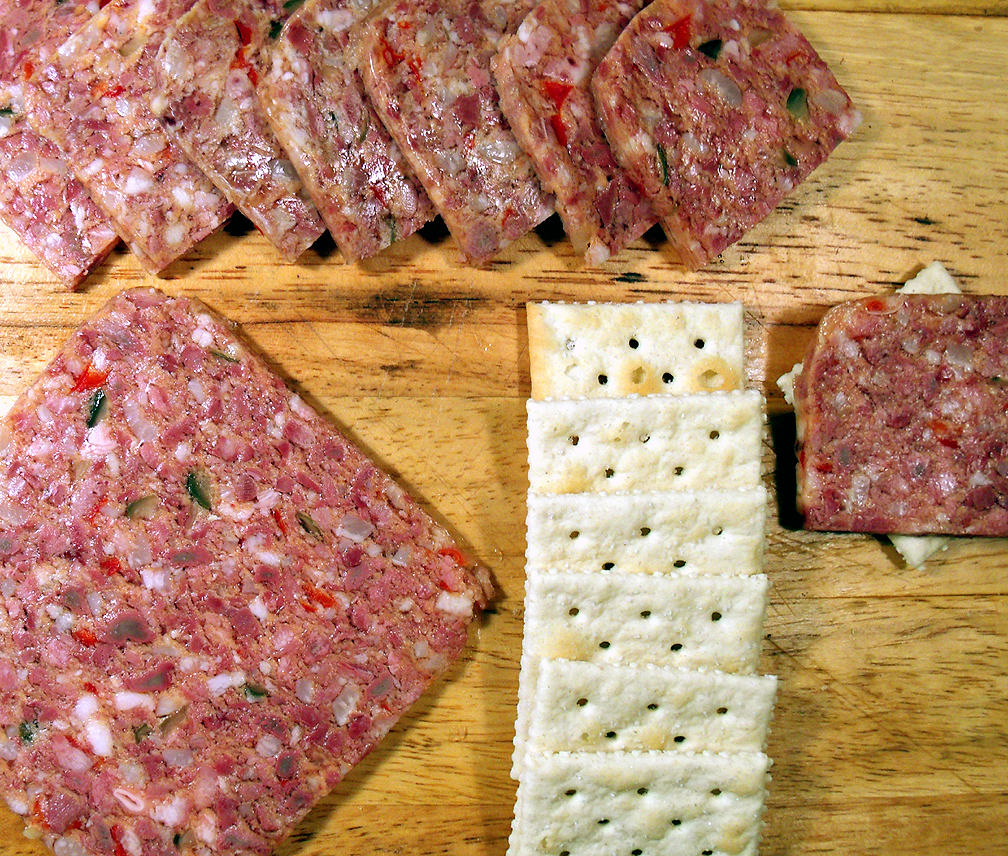 One Reply to “Souse: All But the Oink”