Congratulations! However, depending on where you’re from, there are probably a few things here that will come as a nasty shock to you. Here are a few of those things. Consider this as a guide. It is by no means exhaustive.

2. Yes, everybody here drives an F150. Yes, every single one of those F150s is absolutely necessary (according to the owner).

4. “Corn from a jar” means moonshine.

6. Mississippians WILL fight you if you say anything bad about Elvis.

8. It’s hot. It’s so, so hot. If you’re from a dry place, you don’t even understand what I mean when I say it’s hot. Every part of you will sweat and you won’t feel any cooler because the air is so full of water that no sweat will evaporate. You’ll just be hot AND sweaty. It’s basically a jungle. The windows fog up from the outside.

9. If you have a house with a screened-in porch, that screen is a blessing from God. Do not remove the screen to “let the air circulate through”. There is no air to circulate. There are a lot of mosquitoes, however, who are more than happy to check out your circulation. Which brings me to my next point…

10. How fast does the air move around in the summer? It doesn’t; that’s why it’s 92 degrees and 80% humidity at midnight…

11. … and it’s also 92 degrees and 100% humidity in the middle of the day! So if you’re from a place that maybe is a little less humid and you’re thinking of going for a jog outside, don’t bother. All the sweat-wicking microfiber in the world won’t save you when there is nowhere to wick the sweat to. Just go to Planet Fitness.

12. You can’t defeat the kudzu. It’ll come back next year. Save yourself the trouble and the Roundup exposure.

13. You also can’t defeat the insect life. A wasp or a beetle will get into your house eventually. Your best bet is peaceful coexistence, because paper wasps (the type you’re most likely to see) are not aggressive and keep other, nastier insects at bay.

14. There will probably be a pack of free-range dogs in your neighborhood, probably without collars. They’re friendly. Give ‘em a pat.

15. Seriously, wave at your neighbors. It’s rude not to.

16. A firework echoes, a gunshot doesn’t. This comes up more than you’d think. Except on the 4th of July, when you’ll hear both.

17. Opossums eat ticks and are nearly immune to rabies, so if you see one making its dumb little way across the road, please do your best not to hit it.

18. Deer hunting is actually vitally important to maintain the ecosystem. We killed off all the whitetail deer’s natural predators, and now there’s just too god damn many of them. Hunting permits are strictly controlled by the state’s Fish and Wildlife Department, and they give out enough necessary to maintain the deer population. If the deer population isn’t maintained, they outgrow their food supply and begin to starve. You may find it distasteful but trust me, it is way better than watching deer slowly starve to death.

19. The cooler you just bought has a ruler on top for measuring fish. See #18.

You are not welcome to:
e. Talk about how everybody who lives here is an inbred racist hick

21. Most importantly, please do not come here and think you’re going to magically change everything that’s wrong. Give the people here some credit. If there were easy solutions to the problems they face, they would have solved their problems themselves already. Life has its own pace here, and the problems in Appalachia and the South generally are deep-seated and far-reaching. You don’t have the magic solution to the opioid crisis, racism, wage stagnation, brain drain, economic inequality, generational poverty, chronic disease, environmental contamination, resource exploitation, or any other of the issues that are endemic to this area. It is at best insulting and at worst actively harmful to have a person who has zero understanding of this region and the people who live in it come in and insist that big changes need to happen and by golly gosh, he’s the one to make them. If you want to help, listen to the people here. Support them in their fight for justice.

22. WAVE AT YOUR FUCKING NEIGHBORS. 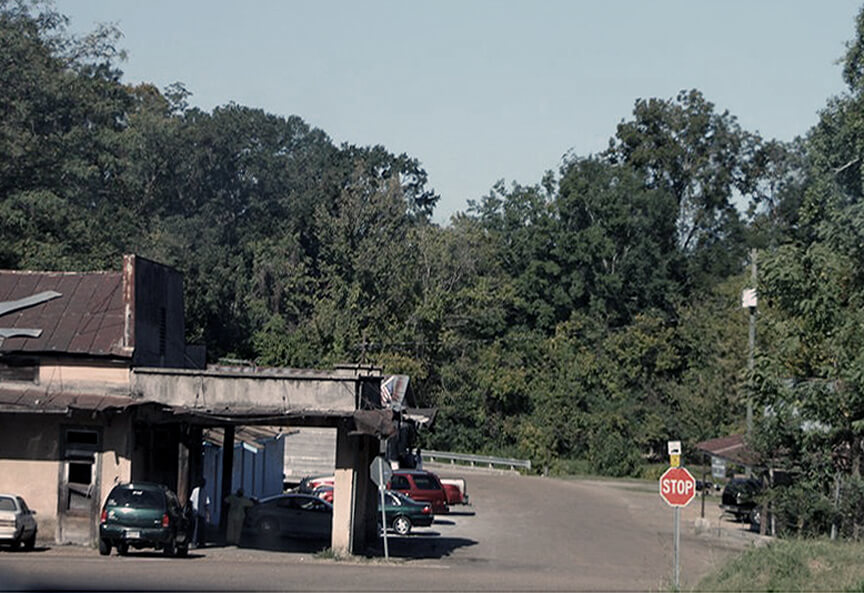