Before you think that my organic gardening has gotten way out of hand, consider that “slugs” are what a lot of people call counterfeit coins, and this sandwich filling is a culinary imposter only posing as a burger. During the Great Depression, a lot of diners in the American South stretched patties of ground beef or pork with potato flour. 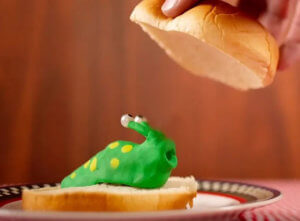 These were deep-fried, giving them crispy exteriors and juicy insides, topped with mustard, slid between buns, and sold for a nickel, which were also called “slugs.” Corinth, Mississippi, claims the slugburger as its own. John Weeks brought this hamburger recipe from Chicago to Corinth in 1917. Weeks had his hamburger meat ground to specification by local butchers, which included potato flakes and flour. Originally called Weeksburgers, in the Fifties,soy grits replaced the potato and flour. The slugburger is made into small patties, which are fried in canola oil and served topped with mustard, dill pickles, and onions on a slider  bun.

Slugburgers are still popular there and in surrounding north Mississippi and north Alabama. Each year the citizens of Corinth as well as those who travel from miles around descend on the town to pay tribute to this local culinary specialty at the annual Slugburger Festival, started in 1988. In 2012, the first World Slugburger Eating Championship was held there, and the winners have come exclusively from Northern California, as professional Major League Eating eaters have dominated. Matt Stonie from San Jose, California won the first three, the last of which in 2014 he set the world record with 43 slugburgers eaten in 10 minutes. In 2015, Chestnut made amends just days after the eight-time Nathan’s Hot Dog Eating Contest was defeated by Stonie, who did not compete in Mississippi, by taking Stonie’s slugburger crown with 33 eaten. He repeated the feat with 41 in 2016, after he had reclaimed the Nathan’s title days earlier.

For slugburgers, add two cups potato flakes and a cup of flour to one pound of ground beef, add a tablespoon each salt and pepper. Use your hands and mix very, very well. Form into patties, on the thin side. Some people—me included—dust the patties with flour before deep-frying in canola oil. Serve on a bun with mustard, pickles, onion, and a side of French fries or onion rings. This makes about 8 burgers. 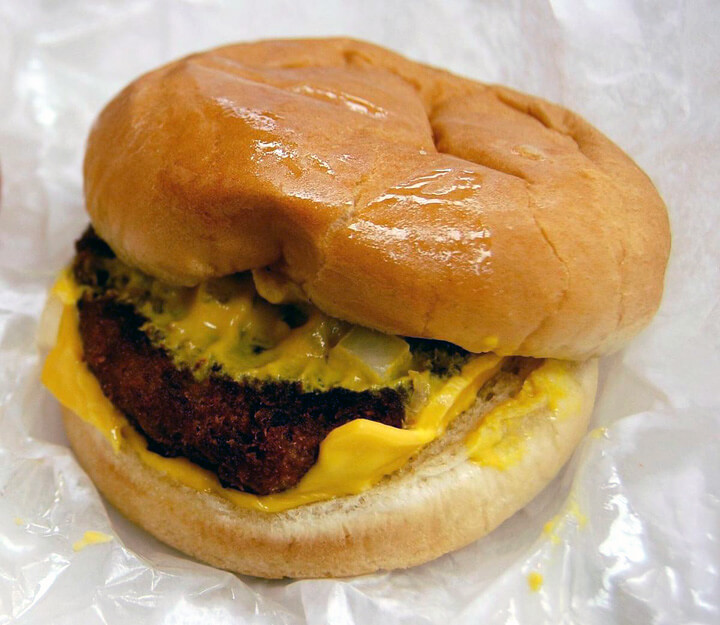