Potted meats are winter standards anywhere that has a winter; cooked meats, chopped or ground, mixed with fat in some form, are seasoned and stored; their preparation deserves the same care you’d give a homemade sausage.

Most modern recipes for such meat spreads involve cream cheese or mayonnaise as a binder, and the results are predictably bland. Though lard was doubtless the original ingredient—this is, after all, ham we’re dealing with, so don’t feign to flinch—the Brits have been using clarified butter and a pungent blend of spices in their potted meat recipes since the ascendency of the East India Company, and it’s a brilliant combination.

Clarify two sticks of butter by heating until bubbling, continue heating until the froth browns and sinks, then strain through cheesecloth or a coffee filter. This will result in roughly a cup and a half of a clear amber oil. Set this aside, then chop leftover ham finely (I recommend using a food processor on pulse), and for each two cups minced ham mix with a heaping tablespoon dry mustard, a teaspoon ground black pepper and nutmeg. Modify these amounts as you like; other options include ground cayenne, cinnamon and clove. Add salt with caution, as you ham will have a considerable amount to begin with. Blend the ham mixture with the butter and store in the refrigerator in a sealed container, the longer the better. Serve warm with toasted rounds. 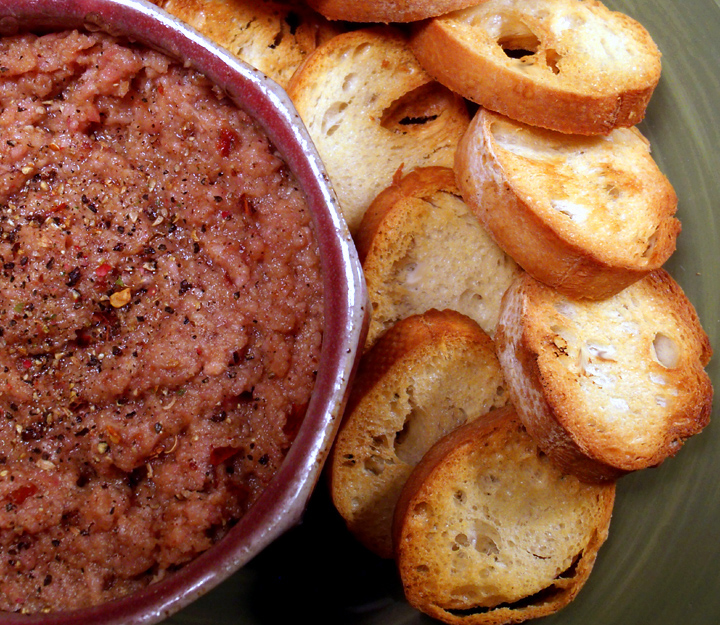 One Reply to “Potted Deviled Ham”