Dr. Amalia Andres-Pizarro, associate professor of Indigenous Peoples Studies at the University of Lima, has discovered what she claims is the world’s oldest recipe for potato salad in a manuscript recently uncovered from the Incan ruins at Lactapata.

“It is an important discovery in terms of Incan culture because it sheds light on the daily lives of the Incan people,” Andres-Pizarro said. “We know that the Incas cultivated potatoes hundreds of different varieties of potatoes, cooked them in stews, baked them in coals, and prepared them for storage. The Incas also invented chuno, the first freeze dried potatoes, a precursor to present-day instant mashed potatoes.”

The manuscript, written in Spanish, was probably set down by a priest who accompanied the conquistadores and was held captive by the puppet emperor Manco. The text describes various dishes prepared by the Incas as well as details of their dress, games they played, housing and exotic sexual mores. Andres-Pizarro said what are most certainly the bones of a European were found in the tomb with the manuscript.

What’s most impressive about the recipe is that the Incans actually had invented an early form of mayonnaise. “The text describes an emulsion made from the eggs of the great curassow (Crax rubra) and maize (corn) oil, which is practically identical to what we know as mayonnaise. The writer describes its preparation as a highly-guarded secret with religious overtones,” Andres-Pizarro said. “The recipe also incorporated chilis of various kinds in different amounts and boiled curassow eggs as well.”

Andres-Pizarro said that she is adapting other Incan recipes from the manuscript for the modern-day kitchen as the basis of a forthcoming Incan cookbook called The Kitchens of Manchu Picchu. 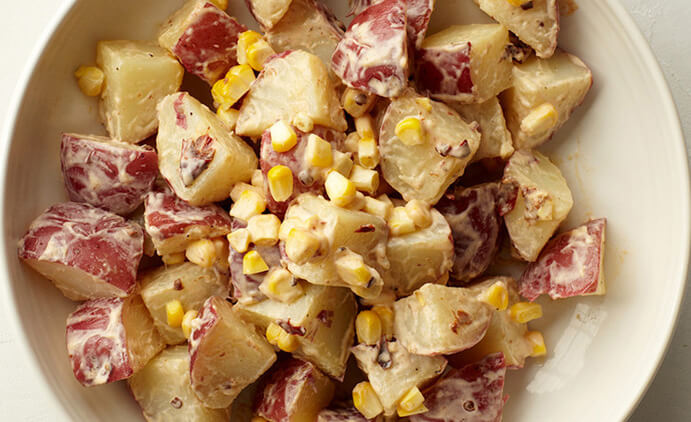 One Reply to “Incan Potato Salad”