In just a few short weeks, the Great State of Mississippi will inaugurate its 65th chief executive, Governor-elect Tate Reeves. In honor of this auspicious occasion, I’ve created a cake especially with a mind to Mr. Reeves and all the qualities he will bring to the office to commemorate the event.

Take a pound of frozen tater tots (the brand doesn’t matter; a frozen grated potato is a frozen grated potato) and cook according to package directions. It’s best to use the “fry” option, since the more grease the better. Fry a half-pound of bacon or cube a half-pound of ham, or do both. This recipe should include LOTS and LOTS of pork. Stir the tater tots and pork together with a half cup mayonnaise and two cups grated American cheese or Velveeta. Spray a Bundt pan with the nonstick cooking spray or grease with lard. Pack the tots, pork and cheese into the pan and bake for about forty-five minutes. Invert cake onto foil-covered surface and serve.

There you have it: greasy, ugly and no damn good for you at all. Not one bit. It’s even shaped like a big asshole. 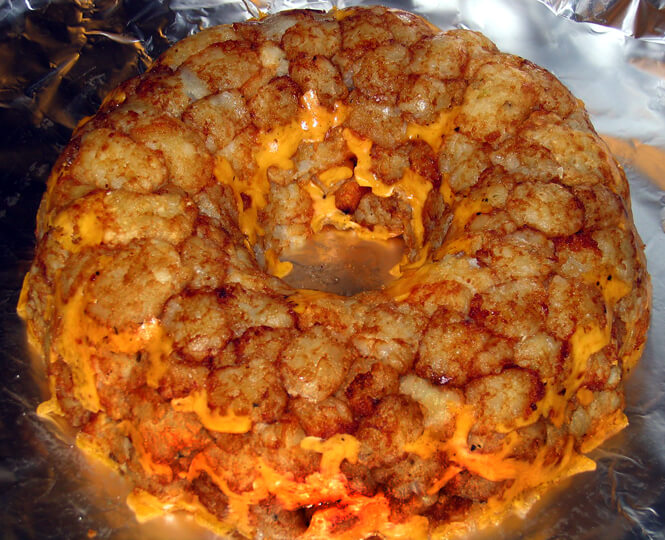