The bill to designate the mockingbird the official state bird of Mississippi was approved unanimously by both houses of the Mississippi Legislature in 1944, which is probably the only time those assemblies totally agreed on anything. Texas, Arkansas, Tennessee and Florida followed suit, establishing the Northern mockingbird (fifteen species of the genus live outside Dixie) as the most popular state bird in the Union.

Mockingbirds are nice enough, of course; they’re sleek and noisy, intelligent, accustomed to human company and the iconic bird of the South. But speaking as a seventh-generation native, I’d like to have an avian symbol for Mississippi that sets us apart from our four Great Sister States. Let’s keep the mockingbird–which, I might add, is arguably the meanest bird for its size on the face of the planet–but adopt another winged denizen of our borders to represent us.

My nominee is the Mississippi kite, a bird so at home in the air it’s said that “Only two powers of nature can defeat the wings of a Mississippi kite. One is rain, the other darkness.” These graceful birds can be seen sailing above our woods in the summers, often tumbling in the air as they catch prey on the wing. A pair will usually nest in the same location for years.

I well realize that expecting another unanimous vote on a new state bird is absurd; some fool’s going to suggest a cardinal, another a blue jay and I wouldn’t be surprised if a legislator from the Delta–in the frivolous behavior I’ve found typical of those people–threw a duck in just for fun. Not that it matters, since the two conservative Democrats who represent me in the Mississippi legislature–for whom I voted, mind you–would never endanger their lucrative political careers by proposing a new state symbol.

Still, call me a dreamer, but I like to think we could have a bird of our own. God help us, at least give us that. 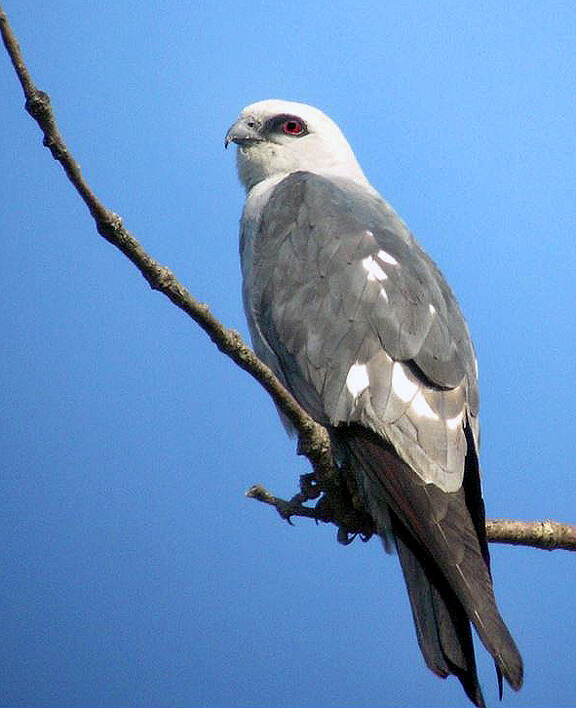