Dove as a dish came late to me because my father maintained that the dove, as the bird that brought Noah the best tidal measurements in the history of the world, deserved better than being shot at by a bunch of back-sliders wearing camo. For him, Biblical precedent reserved doves for a far more dignified fate than the inevitable end result of being cleaned, cooked and eaten, not to mention being shot in the first place. But most of his friends, relatives and other riff-raff considered this notion heresy and saw doves more as manna from heaven, ready to be plucked from the sky and readied for the table. So despite a paternally-inspired early flirtation with avian evangelism, I have eaten dove prepared by some of the best cooks in Calhoun County, which is no small matter.

Doves brought home for the kitchen are invariably laid out on the back porch, cleaned and washed, then either cooked soon for a great weekend supper or frozen. Some people recommend brining soaking doves overnight in salted water, which helps keep  the very lean meat moister, just as it does for your Thanksgiving turkey. Simply add about a quarter cup of salt and sugar to each gallon of water needed, cover and refrigerate. If the birds are to be frozen, it’s a good idea to freeze them in (unsalted) water to avoid freezer burn.

A supper of smothered dove and biscuits came home from hunting camps all over Dixie and, like an amicable dog, settled complacently into the kitchen. Smothering, in culinary parlance, means to sauté with or without breading, cover with a light gravy and cook, covered, until the meat is tender and moist and the gravy has thickened. In Louisiana, this is called etouffé. Smothered dove takes many forms, usually according to who’s cooking it and when it’s to be served. The more robust methods, involving substantial breading and a very thick gravy, is a country dinner favorite, most often served with rice and biscuits. Another, lighter version, is generally served as a brunch or buffet item with grits if in the morning, with rice later in the day. At any time, biscuits are the best to serve with your birds.

For the more substantial dish, soak your dove breasts for one hour in buttermilk. Drain liquid, add one egg to one cup of milk, drench your breasts in this mixture, coat with flour seasoned with salt, pepper and paprika. Brown in oil, then move the breasts to a baking dish. Add enough flour to the remaining oil to make a light brown roux, and then add enough stock to make a light gravy. Salt to taste and season with a liberal sprinkling of black pepper Ladle the gravy over the birds and bake in a medium oven (around 350), covered, until the birds are tender and the gravy reduced.

For the lighter version, after the milk soak, simply dry and brown the breasts in butter and set aside in a baking dish. Add flour to the remaining butter, make a lighter roux, and make a thin gravy; sherry (NOT “cooking sherry”, which has a ton of salt in it) is a nice touch. Spoon the sauce over the birds and bake in a medium oven until tender. 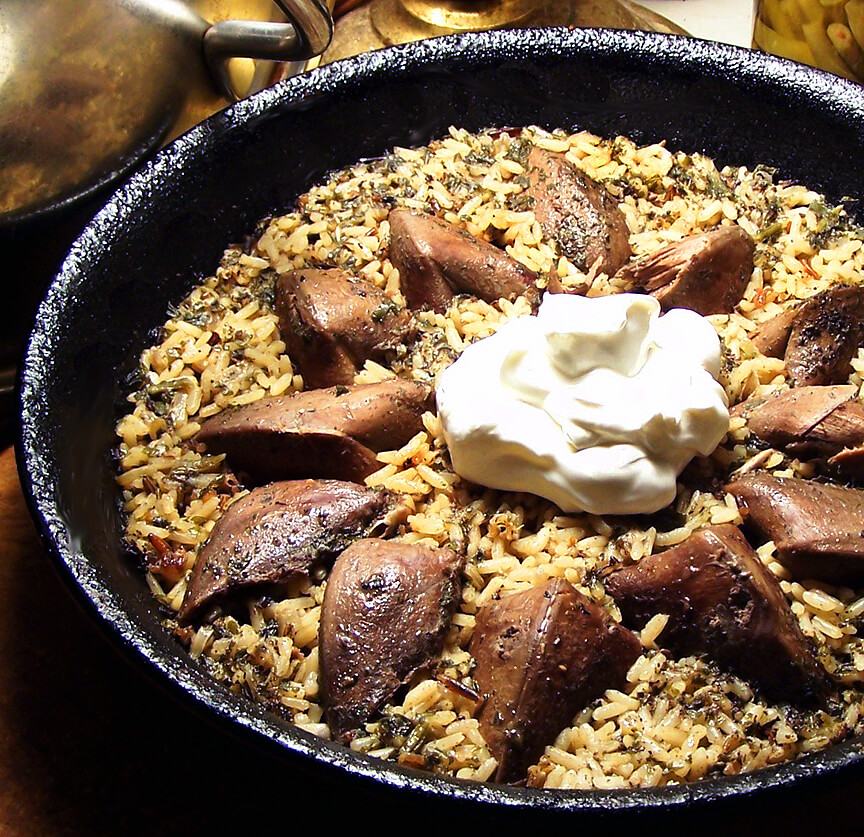