Sweet black tea with lemon was a favorite of the oppressive czarist nobility, and under that guise Russian tea became a staple of pretentious Southern households in the early twentieth century before succumbing to white trash cookbooks in the 70s. For many a winter beverage, the revisionist in me finds it comforting on these last few cool nights of spring before summer’s onslaught.

Boil water, remove from heat, and immediately add the tea bags. Remove bags in EXACTLY five minutes or the tea will have a ‘bite’. Add other ingredients, and keep on a low heat for at least an hour before serving. This freezes easily. 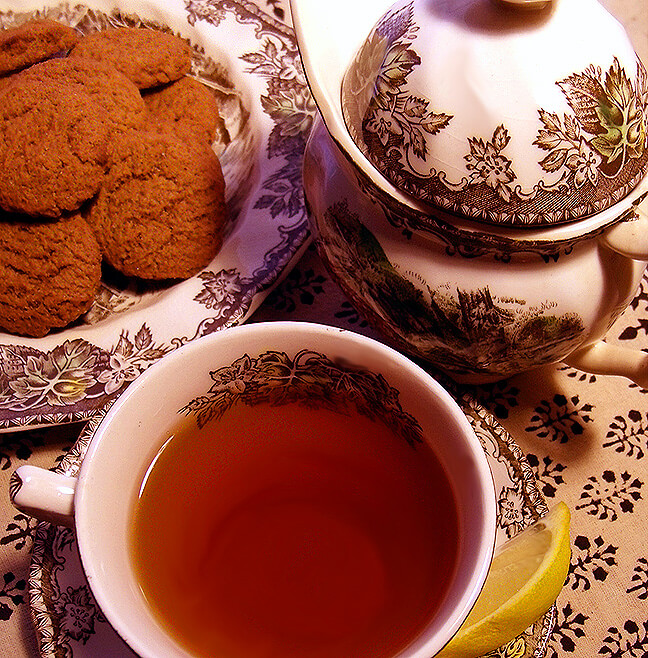 One Reply to “Czarist Tea”